REPLACEMENT: Lynch’s character is said to be taking over Bond’s ‘007’ designation (Pic: Getty)

Now, according to reports, both of those rumours have come true.

In a pivotal scene in the upcoming, 25th, Bond film Ralph Fiennes – as MI6 chief M – calls a new agent 007 into his office,…and in strolls Lashana Lynch.

Lynch, who completely stole the show as Carol Danvers’s long-lost best friend Maria Rambeau, is definitely in the film in some guise. She’s already popped up in a behind-the-scenes documentary as a character called ‘Nomi.’

Now, a movie insider claims, Lynch’s character will be recruited the the agency’s elite Double-O section, and will be replacing a retired Bond as 007.

SQUAD: Lashana Lynch with the rest of the Bond Women… we don’t call them Bond Girls any more (Pic: Getty)

Daniel Craig will still be playing Bond himself, but the super-spy is said to be stepping down from active duty and ceding his code number to a new, younger, operative.

The source told the Daily Mail: “Bond, of course, is sexually attracted to the new female 007 and tries his usual seduction tricks, but is baffled when they don’t work on a brilliant, young black woman who basically rolls her eyes at him and has no interest in jumping into his bed…

“Well, certainly not at the beginning.”

The twist is certainly the kind of thing we might expect from the devilish mind of Phoebe Waller-Bridge, who has been hired to punch up Bond 25’s script in the wake of her success with Fleabag and Killing Eve.

Waller-Bridge has said of the long-running spy franchise: “There’s been a lot of talk about whether or not Bond is relevant now because of who he is and the way he treats women.

Addressing Bond’s sexual politics, which are rooted in his 1950s origins, she said “the important thing is that the film treats the women properly.

“He doesn’t have to. He needs to be true to his character.”

Lynch will be joined in Bond 25 by Léa Seydoux, Ana de Armas, Naomie Harris, as well as Fiennes and Craig. 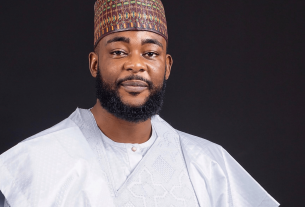 We Rock: Dwayne Johnson vs Idris Elba in Hobbs And Shaw movie