At the time of his death, Avicii, whose real name is Tim Bergling, was working on his third studio album.

The record was set to be his first full length record since 2015.

However, just before he died he dropped an EP which included VMA Award winning track Lonely Together ft Rita Ora.

Now Avicii’s close pal Nile Rodgers has spoken out about the music they were working on – admitting it was their best yet.

Speaking about their close bond, Nile said: “Between Avicii and me, there’s at least ten [more tracks], at least.

“I’ve just been contacted about putting out my stuff, but I’ve got to see how it is because I was very close to Tim and the music we didn’t put out was extraordinary.”

HEARTBROKEN: Nile Rodgers has spoke out about Avicii (Pic: GETTY)

Avicii was found dead in his hotel in Muscat, Oman in April.

The Swedish musician is believed to have taken his own life.

In a heartbreaking statement at the time, Avicii’s family said: “Our beloved Tim was a seeker, a fragile artistic soul searching for answers to existential questions.

“An over-achieving perfectionist who traveled and worked hard at a pace that led to extreme stress.

TROUBLED: Avicii is said to have had an unhealthy relationship with booze (Pic: INSTAGRAM)

“When he stopped touring, he wanted to find a balance in life to be happy and be able to do what he loved most – music.

“He really struggled with thoughts about meaning, life, happiness.

“He could not go on any longer. He wanted to find peace.”

Appearing to blame his management, the message added: “Tim was not made for the business machine he found himself in; he was a sensitive guy who loved his fans but shunned the spotlight. 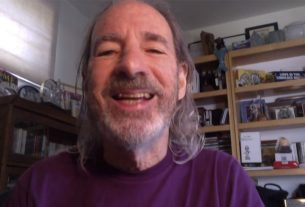 Kanye West Unleashes on Drake for Allegedly Threatening His Life