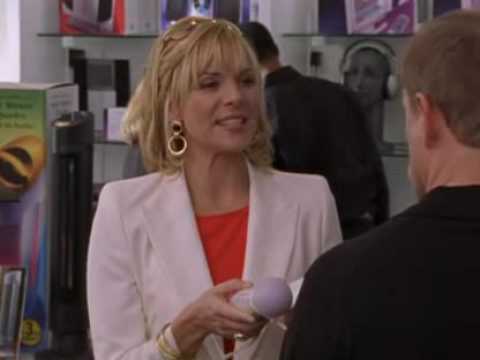 Thanks in part to the Hitachi Magic Wand with its fifty-year history as one of the best clitoral vibes and cameos in Sex and the City, wands are essential in any sex toy connoisseur’s collection. Power aside, wand vibes are great because they’re versatile, explains Megan Stubbs, EdD sexologist.

The versatility of a wand isn’t limited to just solo use either. When you’re with a with a partner, you can also use the wand to stimulate your clitoris during penetration, Stubbs adds, or if you’re giving oral sex on someone with a penis, you can hold the wand against their perineum (between their balls and their anus) for indirect prostate stimulation. Seriously, the wand is way more versatile than you’d think a foot-long sex toy would be.

But where to start, right? Should you shell out for a super-strong full-size wand or a bitsy bb to stash in your bag? Stubbs herself likes the iWand from Doc Johnson, specifically because of its size and ergonomics, but there are plenty of other wand vibrators out there worth checking out. Here’s an editor-approved sampling of some of the best wand vibrators around.

This rechargeable wand is also waterproof (impressive considering most classic wands need to be PLUGGED INTO A WALL and thus are absolutely not waterproof) and can be controlled manually or via a remote on their app. This wand also has an ergonomic, slightly offset handle like the iWand that Stubbs likes, which means you can hold it without hand cramps. It has ten vibration modes, lasts up to two hours on a charge, and comes with two attachments—a flutter tip for clitoral stimulation and a penis stroker— so all bodies can enjoy it.

LeWand’s rechargeable Feel My Power Wand sticks out here because doy, it’s so effing pretty. Wands typically don’t have a lot going for them in terms of design, but this special model with illustrations by artist Wednesday Holmes sets the bar HIGH. There’s ten vibration speeds and 20 patterns, and it comes with travel adapters for extra convenience. Also included are a travel bag, cards, a keychain, and effing TATTOO STICKERS — also designed by Wednesday Holmes. It’s legit too fun and cute to not buy.

Another cute wand option is the very wallet-friendly $ 70 Lovelife Wanderlust, which comes with seven preset patterns, is rechargeable, and splash-proof. It’s also smaller than typical wands, at only 8.5 inches, and features a quiet but powerful motor.

The wand that started it all! The Hitachi has been a best seller for more than 30 years, so you know it’s the real deal. Made of vinyl and hard plastic, it weighs just a little over three pounds and is about a foot long, and while the original one was corded, the newer version is rechargeable with multiple vibration settings and patterns. (Note: There are only two settings on that one though: strong and STRONG AF.)

This lil cutie is more affordable, teeny, and FUN—but don’t let that smiley face fool ya. This wand has ELEVEN settings and is USB-rechargeable, aka it has the potential to turn vacay sex, a FWB hookup, or some solo time into a GD marathon. You’ll have heart eyes indeed.

Like the name implies, this one boasts extra-powerful settings (which is the entire point of getting a wand, honestly). But it’s also more travel-size and has a nice long cord so you don’t have to choose between essentially packing a power tool and forgoing amazeballs orgasms during your Catskills stay. You *can* have it all!

SO. CUTE. (And so cheap!) But also, those smöl bunny ears let you switch it up for more ~targeted~ clit stim. There’s a lotta bang for dis buck.

Aside from the fact that this one is so pretty in that pastel purple, it also has a lot for the $ 80 price tag, notably a scrolling control wheel which lets you adjust for infinite vibrational control. This is clutch because most wand vibes either have like, two settings (INTENSE and MORE INTENSE), or pre-set modes, where if you’re looking for a perfect Goldilocks setting, you’re effed. Not so with this plug-in model though.

We-Vibe’s new wand has a bunch of features that very quickly justify the hefty price tag. If you’re a tried and true Magic Wand Original fan, but want a more intuitive toy, try this one. It’s got ten vibration modes, smart silence technology (which we all know wands could benefit from), is app-enabled, waterproof, and includes two custom attachments right there.

At only 8 inches long, this rechargeable silicone wand is smaller than the standard Hitachi size but still larger than some of the “pocket-size” wands. It’s waterproof, has ten modes, and comes with its own travel case.

Want to get the hottest sex positions, the wildest confessions, and the steamiest secrets right to your inbox? Sign up for our sex newsletter ASAP. 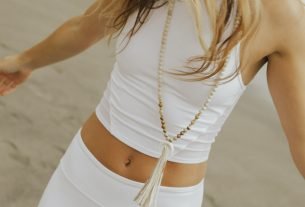