Awards season is back and the fashion is better than ever!

Last night, TV stars descended onto the Microsoft Theater in Los Angeles for the 2019 Emmys. Between the amazing wins, like Phoebe Waller-Bridge’s surprise victory for Outstanding Actress in a Comedy Series or Game of Thrones taking home the trophy for Outstanding Drama Series for its final season, the show was unforgettable and so were the looks.

After all, Zendaya had our jaw on the floor with her custom Vera Wang dress that channeled major Poison Ivy vibes. Also, pink and red color-block dresses had a moment, with both Mandy Moore and Taraji P. Henson being among the celebrities who rocked the trend.

Niecy Nash was also outshining the trophy with her sparkling gown and matching turban that brought Hollywood glam to the carpet. Also glittering on the carpet was Michelle Williams, whose Louis Vuitton dress stunned with its floral detailing.

The men also turned out on the step-and-repeat, too. This Is Us star Justin Hartley looked perfectly tailored in a custom blue suit and Billy Porter brought the drama with a shimmering striped suit set and oversized hat to add some flair.

The adults weren’t the only ones to bring their best, either. When They See Us‘ Asante Blackk looked dapper in a bright blue suit set that was so on-trend.

See the celebrities who were best dressed below and vote for who you think won the red carpet last night!

One word: Wowzers! The Watchmen looks mesmerizing in this aqua gown by Jason Wu.

Green with envy! The 23-year-old actress sizzles in this Poison Ivy-inspired gown.

The writer-director makes a statement with this sparkly and jewel-adorned custom Reem Acra gown.

The legendary actress stuns in this vibrant multicolored gown by Vera Wang.

The Veep star channels the Emmys golden statue with her glittery gold dress.

Cox brings the drama with her over-the-top fabulous Monsoori gown.

The Game of Thrones actress has us seeing stars with her dreamy black design by JW Anderson.

She’s all business! Washington leaves the dress at home and opts for something more powerful: shimmery pants and a statement-making button-down by Alexandre Vauthier.

Nothing basic about this suit! The This Is Us star looks dapper and dreamy in this bright blue custom tuxedo by ISAIA.

Hot mama! The When They See Us star brings the glitz and glamour to awards ceremony in this shimmery pink Christian Siriano number.

The When They See Us actor leaves the boring suit at home and opts into something more bold!

Bassett wows the red carpet with this bold and bright Antonio Grimaldi jumpsuit.

One word: Marvelous! The Marvelous Mrs. Maisel actress is all smiles on the red carpet as she dazzles in this shiny number by Elie Saab.

The 37-year-old actress shows off her engagement ring and gorgeous vibrant gown by Badgley Mischka.

The Tag star oozes with glamour in this baby blue Zuhair Murad design.

Wowzers! The This Is Us actress sizzles in this Brandon Maxwell design at the 2019 Emmys.

The Pose actor brings all the drama to the star-studded event with his flashy Michael Kors outfit.

Seeing stars! Linney radiates on the red carpet with this charcoal lamé blouse and slack pants.

The Toy Story 4 star makes blue look oh-so-good as she dons a vibrant ballgown at the star-studded ceremony.

You better werk! The legendary drag queen and star of RuPaul’s Drag Race drops jaws with this mesmerizing black and pink suit.

Marisa brings a fun pop of color to the star-studded show with hot pink and red gown.

All that glitters. The 31-year-old star shines just as bright as the flashing lights in this sparkly silver number.

Tulle galore! The 33-year-old star stuns on the red carpet with this fun and flirty tulle gown.

The reality television personality looks sleek and chic in this simple (but striking) Alex Perry piece.

Bates adds flair to the red carpet with this black blazer.

The 42-year-old star looks dapper as hell in this not-so-basic suit.

The This Is Us actor brings his daring fashion sense to the 2019 Emmys. “There are a lot of decisions to be made,” he shares with us.

The Emmy nominee literally sparkles at the awards ceremony with her rhinestone-studded gown by Jason Wu.

The Sharp Objects actress stands out of the crown with her breathtaking lavender ballgownv by Miu Miu, which is a color that is rarely seen on the red carpet!

No boring tuxedos here! Gloss brings fun and fearless fashion to the awards ceremony with this modern take on a suit.

The Emmy nominee dazzles in this body-hugging halter gown by Christian Siriano. Her statement earrings and gold clutch make the ensemble all the more gorgeous!

Sometimes, you just need a little oomph. Simmons brings the wow factor to the star-studded ceremony with her body-hugging black dress by Christian Siriano that features a sparkly bedazzled top.

The reality TV personality and E! commentator lights up the red carpet with bright-yellow strapless number by Nicole + Felicia Couture. The matching pumps bring it all together!

The television writer and classical pianist is looking red hot, hot, hot in this fiery ensemble.

The This Is Us actor adds a pop of color to his tuxedo and knocks it out of the park.

The Highwaymen skips the typical gown and opts for something more swoon-worthy: a powerful black suit.

Royal blue! The 43-year-old actress dazzles on the red carpet with her striking ocean blue off-the-shoulder dress by Zac Posen. The bedazzled sleeves are a chef’s kiss.

The Better Call Saul actor goes the classic route and totally nails it with this blue number.

The This Is Us actress goes for the gold with this refreshing bright-yellow ballgown.

The Big Little Lies actress looks radiant on the red carpet with her black and white floral dress.

Another stand-out suit, the This Is Us star pulls out all the stops with this eye-catching ensemble by Brioni.

The 14-year-old actress stuns in this layered tulle number from by Tadashi Shoji. Her bedazzled headpiece, sparkling makeup and statement jewelry pieces tie this whimsical lewk together.

Farmiga’s outfit might be more on the modest side, but it hits all the marks with the power color, lace material and puffed sleeves.

Think pink! Sarah looks oh-so-chic in this off-the-shoulder gown that features a cheeky cut-out that shows off her toned body.

Which celeb was best dressed at the 2019 Emmys? 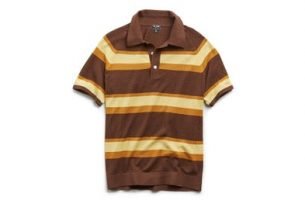 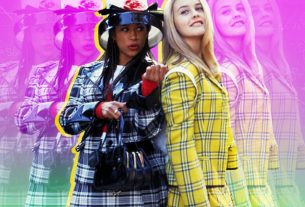 The Stories Behind Clueless’ Iconic Costumes: From a Red Alaïa to Legendary Yellow Plaid 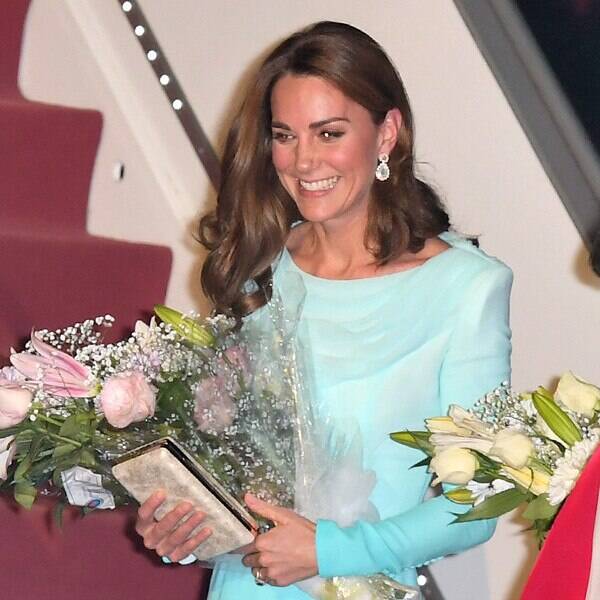