Everyone has a “first watch” story. For some, it can be a beautiful, sentimental gift for a big occasion. For others, it’s a family heirloom, passed down from generation to generation as a testament to time and womanhood. For others, like me, it’s a plastic yellow-and-green monstrosity with a bite-sized watch face that had ears on its side. This was no Rolex Oyster Perpetual Day-Date or Audemars Piguet Royal Oak—it was a frog watch. My first watch was designed to look like an amphibian.

That wasn’t my first “real” watch, though. The piece came later on in life as a graduation present from my parents, who promptly decided I needed a sophisticated watch to enter corporate America at the ripe old age of 23. (It’s actually something  I raved about to Who What Wear before I joined the staff.) They suggested a frilly, dainty watch with a rose gold band and delicate diamonds to embrace femininity. Like most impressionable young adults, I instead chose one I saw on Bella Hadid. The rest was history, and thus, I cemented my place as a cool, chic person who wears watches all the time with both sweatpants and cocktail dresses. I was thrilled.

I’m not the only one. Instead of a five-figure investment handbag or a pair of Manolos, today’s trendy status symbol du jour is a watch. If you’re paying attention, it’s the watch: an all-gold Cartier Panthère de Cartier. Hadid has one, and Nicola Peltz Beckham has two. Your favorite influencer has one as well. But besides every person on your #FYP, who’s keeping track? Surprisingly, not the watch brands.

Although brands are making strides to appeal to women, Brynn Wallner, creator of Dimepiece, a woman-focused online watch platform, tells Who What Wear that there are few and far pieces on the market right now that speak to what women actually want. Traditional celebrity-filled watch advertisements always felt too glitzy and frilly and unattainable for Wallner, who didn’t care for the overly gendered pink, delicate, gem-set watches that were pushed toward female clientele.

“Now, thanks to social media, women are having conversations about watches that aren’t so niche or nerdy or come with predisposed knowledge,” Wallner explains. A quick glance at her comment section filled with New York City It girls confirms her sentiments—most of them are turning to the vintage-watch market to fuel their timepiece cravings.

Although wristwatches primarily relied on a female clientele when first invented, as men used pocket watches to tell time, a slow, steady decline of women-first watch styles, advertisements, and marketing tactics have all but eliminated women from the watch space. Of course, female customers and collectors still exist, but they’re largely outnumbered by the die-hard male fanatics who spend time arguing on Reddit forums about what nitty-gritty mechanical aspects of a watch are better, Wallner explains.

Frankly, for the average person, it isn’t very interesting. Most first-time watch buyers don’t place nearly as much importance on automatic versus mechanical movements or what precious metal the crown is made out of. When buying my first watch, all I cared about was that it told me the time (even if I’m perpetually late) and looked good on. It’s not that people who only care about the aesthetics behind a timepiece, especially a luxury buy, are superficial. In reality, it’s because watches haven’t been as heavily marketed to women as they have to men over the last 80 years. In this case, it really is the patriarchy bringing us down.

“I think brands are finally starting to catch on about the need to market to women. There’s quite a bit of ways to go, but I always think about how women have some of the most spending power, but there are still missing pieces from that puzzle when it comes to education and access,” says Dana Li, creator of Tell the Time, another women’s watch resource. “Instead of just taking a product shot of a watch that doesn’t tell you anything, brands should have women modeling the watches and styling them.”

Today, it feels like more and more women are getting into watches—and not the delicate ones major watch brands have been trying to shove down our throats. Smaller watches with square faces, like the Cartier Panthère de Cartier and Tank, have been gaining popularity after a string of swoon-worthy celebrity placements. Li loves the idea of a powerful watch, one used as a milestone marker for a major event. I admitted to her that my not only was my graduation watch choice was inspired by Hadid and a fashion editor whom I admire who bought the same piece for themselves after a nasty divorce.

“You’ll see women on TikTok or Instagram wear these huge yellow gold [Eye of the Tiger] Rolex Daytonas that are a bold statement on its own but then stacking it with bracelets,” Li says. It’s more than just a wrist shot at that point, she explains. Rather, this represents an unapologetic culture of women finally getting to flex their purchases just as men do and not being shamed for it. “It’s fire,” Li says, laughing. Michelle Yeoh, with her diamond-encrusted Richard Mille watch, is her watch-style North Star. Honestly, I’d break Dry January to toast to that.

Although I’m at the start of adulthood, there will come a time when my friends and I will logically advance to the next steps in our lives—career or otherwise—where most of us will have something to brag over. Perhaps it’s a long-awaited engagement or a hefty promotion. Sooner or later, we’ll have “fuck you” watches for ourselves, an outward sign that Gen Z is growing up, getting old, and investing in pieces that will last a lifetime. While watches have traditionally existed outside of the current fast-paced fashion ecosystem due to production timelines and limited stock, models, influencers, and celebrities are somehow all snagging the same exact watch at the same exact time, creating the ideal breeding ground for a cost-prohibitive trend to emerge.

I asked Who What Wear’s resident watch girl, Eliza Huber, for her take on the uptick in interest over the last few years.

“For many, such an intense period of upheaval and uncertainty during the pandemic led to a shift in focus away from quantity and toward quality. And since hardly anything is more luxurious than a watch by a maker like Rolex, Cartier, Patek Philippe, or Audemars Piquet, it’s natural for many to invest in their products, thus buying things that felt safe and stable,” she explains. Both of Huber’s watches came into her life post-2020.

As for what Li and Wallner want to see in the watch world in 2023, it’s more creativity and thoughtfulness from watch brands and how they market themselves to women, with antiquated notions of gendered watches being thrown out the window. Women look incredibly sick with oversize, bulky watches, Li says, while more men have been wearing smaller watches, an interesting change in a culture where styles, sizes, and accessibility have been split among gender lines for so long.

Those looking to step up their watch game in the New Year, look no further. While all starter watches are different based on price point, aesthetic desires, and lifestyles, Li recommends getting a watch that speaks to you and only you—affordable or otherwise. No, you don’t need an iced-out Patek Philippe that costs more than a down payment on a New York City Tribeca loft to begin your collection, despite what luxury-watch collectors will have you believe.

If you won’t take it from Hadid, take it from the experts themselves: If you’re going to spend your hard-earned cash on anything this year, let it be a watch. Below, browse my curated list of It-girl finds, starter-watch gems, and timeless classics that’ll go with just about anything. 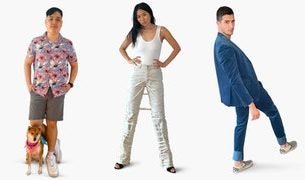 Office Grails: The Pieces of Clothing GQ Staffers Swear By 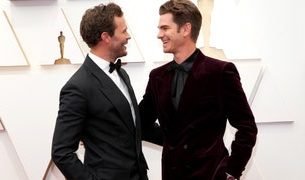 This Was an Insane Oscars for Watches