Halloween is the perfect opportunity to be fearless in the way you dress.

Picking out a costume is exciting because you have the power to be anything! If you’re struggling to find inspiration, look no further. Over the years, celebrities are known to use the red carpet as an opportunity to dress in something unexpected. If you’re not among the A-listers, however, Halloween provides an opportunity to do something different and be bold without fear judgment.

Scroll through to see more of the red carpet looks that could double as your Halloween costume!

Be the party and dress up as a walking rave like Dencia’s 2015 Billboard Music Awards look.

Use Pink’s 2000 Billboard Music Awards dress to become a money boss this Halloween.

At the 2017 Met Gala, Priyanka Chopra showed us the perfect way to dress up as a sexy spy and Nick Jonas offered Gatsby costume inspiration.

If anyone can make a dress made out of meat look good, it’s Lady Gaga! Her 2010 MTV VMA look is scary good Halloween inspo.

Katy Perry makes a serious case for angel wings at the 2018 Met Gala. You would look like you fell straight from heaven if you copied this look for Halloween.

All you need to make Troye Sivan’s 2018 Met look into a devil Halloween costume is a pair of devil horns!

Christina Aguilera at the 2002 MTV VMA’s would be an easy and recognizable look to recreate!

Bjork’s iconic swan dress that she wore to the 73rd Academy Awards is the cutest way to become the bird for Halloween.

If you want to look spooky this Halloween, go for Katy Perry‘s 2017 Met Gala look and cover your whole body in red lace.

Want to go for a sexy look this year? Miley’s 2015 MTV VMA barely-there crystal cover up is the way to go.

Zayn Malik and Gigi Hadid at the 2016 Met Gala are the perfect example of a robotic couples costume.

Halloween is the perfect time to let your gothic side come out! This Katy Perry 2016 Met Gala look has all of the elements for the perfect goth costume; black lipstick, leather, and metal!

Out of This World

Gwen Stefani’s 1998 MTV VMA look gives us major Zenon vibes and is the perfect inspo for a space-girl costume.

Rachel from Blade Runner or Shailene Woodley? Her 2018 Met Gala look offers a simple way to recreate the iconic character.

This iconic Lil Kim purple jumpsuit gives you an easy and memorable mermaid-like costume to recreate!

If you’re looking to stand out this Halloween, Kim Kardashian’s 2018 Met Gala golden gown will do the job.

You can be anything you want on Halloween, why not be a queen? Cardi B’s 2018 Met Gala look is the perfect example.

It’s not every day that you get to rock a cape dripping in golden feathers! Halloween is the perfect time to mock this Evan Rachel Wood Met Gala look.

Not everyone can look as holy as Rhianna in her Pope-inspired Met Gala outfit, but Halloween is the perfect time to try!

Jessica Alba Uses This Product to Fix Creases in her Concealer 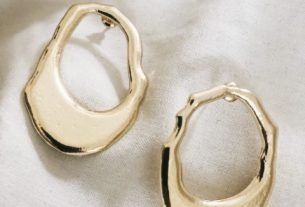 Meet the Founders of Yard + Parish, an E-commerce Platform Focused on Black-Owned Brands 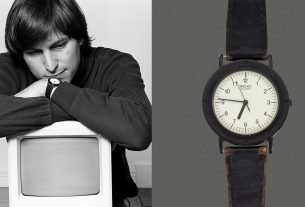 Steve Jobs Wore a Cheap Watch: These Are the Affordable Watches Celebrities Love