With “coastal grandmother” style trending on TikTok, there is no denying that it’s having a major moment. The approach to fashion and the overall aesthetic is one you might already be familiar with if you’ve watched Nancy Meyers films. In Something’s Gotta Give, Diane Keaton takes walks down the Hamptons shoreline in pieces like oversize knits, linen pants, and bucket hats—all in a palette of cream and taupe. In It’s Complicated, Meryl Streep wears crisp button-downs and flowing trousers in shades of blue and white as she moves between the kitchen and garden of her Santa Barbara home.

In short, the outfits are a take on the classic, anti-trend looks we’ve seen an uptick in recently in the fashion space. Of course, these all have a Meyers spin, which couldn’t be better timing since it was recently announced that the director has secured a deal for an upcoming Netflix film—so we can expect to have a fresh set of coastal grandmother looks soon. If you’re feeling inspired to tap into anti-trend looks that are peak Nancy Mayers aesthetic, I have you covered. Ahead are five outfits that tap into the aesthetic that I would wear immediately.

Next up: 4 Viral Designer Pieces I Tried That Are Actually Worth the Investment 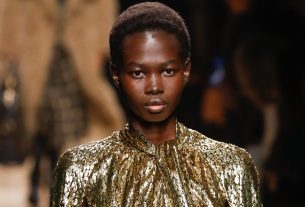 Here Are The Designers Ditching The Fashion Week Calendar

ASOS Has Launched Its First In-Store Collection at Nordstrom