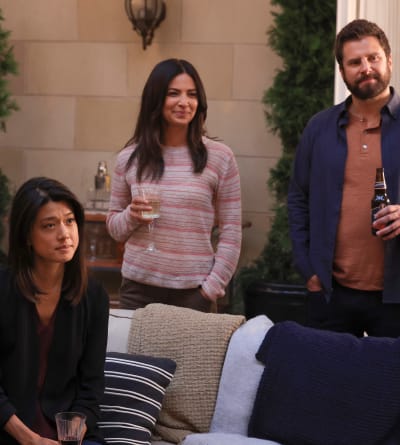 Are you ready for the return of your favorite friend group?

The series left us with a jaw-dropping cliffhanger, and our heads are still spinning, trying to determine what to expect next.

The season premiere is titled “Family First,” and it’s an apt titled and description of this friendship group who is so much more to one another.

In no uncertain terms, they are one another’s family, and we know that they stick by each other and do anything for one another.

If that’s the theme of the hour, then it could present itself in many ways.

Gary has resorted to some shocking and illicit activities in the name of protecting Sophie, whom he considers his family. But also, his father was right there to support and back him up. 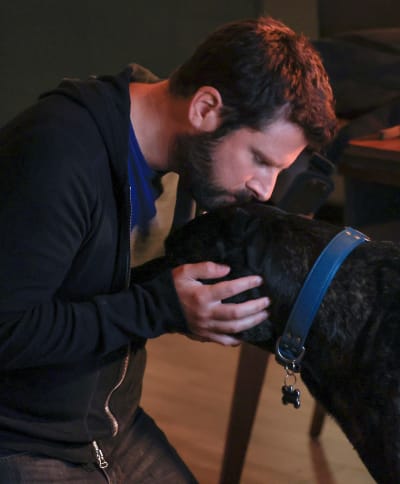 We also know that he and Darcy have made some strides, and they’ve grown close enough to consider a future with one another.

However, Darcy’s relationship with her ex-husband and his future plans could come between Darcy and Gary.

At least from the stills, it appears she’s still working closely with Eddie on his physical therapy.

We also know that the Savilles faced rocky times that led to divorce proceedings, but there’s no way of knowing what the future has in store for them. 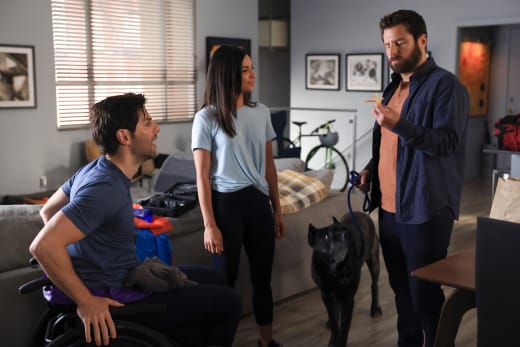 Delilah attempted to make a big move on behalf of her family.

However, it also came at the expense of the family she cultivated.

That family has supported her and the Dixon children through everything over the years.

And Regina and Rome found that they have created a new family of their own with the addition of Tyrell. 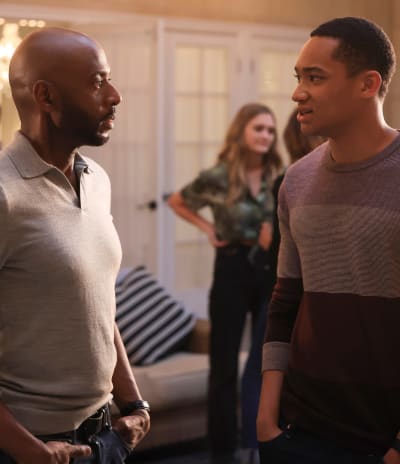 The theme could be a reflection of all the little things that affect each of these micro-families, which eventually affects their larger one.

The synopsis of the hour states that “Gary struggles in the aftermath of his encounter with Peter.”

It was the most chilling cliffhanger of them all, and it makes you wonder if Gary could be facing some legal ramifications from his actions.

How could he not? How far did he go in his encounter with Peter? 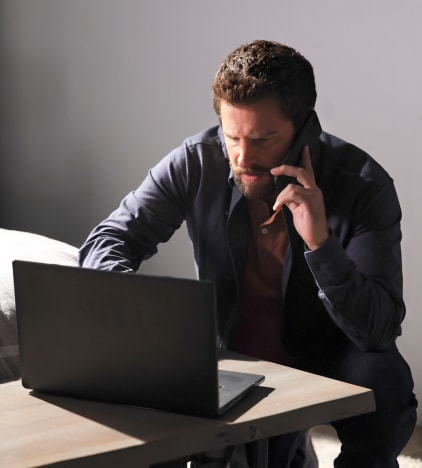 It included bum-rushing the man, entering his home against his will, and shoving a bag over his head.

One can only imagine what Gary did after all of that, and he wasn’t able to hear Maggie’s podcast, nor was he in the mind frame to respond to Rome’s phone call.

The synopsis also teases that Regina and Rome will “put on a united front following the closure of Someday and the deportation of Tyrell’s mother.”

It’ll be interesting to see where this pair goes from here. Rome had a major setback with his film because of COVID. 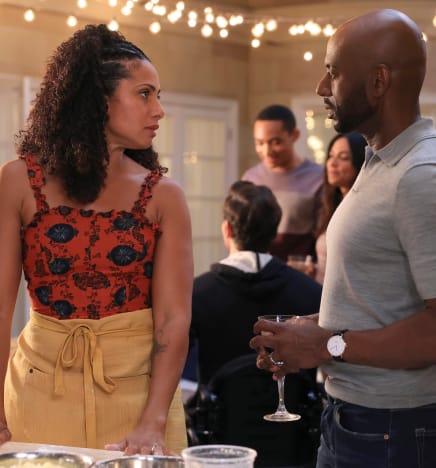 And COVID killed the restaurant altogether, leaving Regina closing up and her dreams ending.

Regina loves food, it’s her passion, and it’s heartbreaking that the restaurant Jon secured in his final days is done.

But in the meantime, the Howards have to help Tyrell deal with the lasting effects of his mother’s deportation.

They’ve taken on this teenager, and it hasn’t been easy for them. But Tyrell brings an endearing vibe to the series and the Howard family. 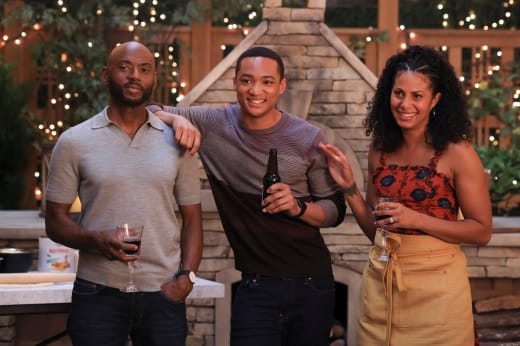 The two of them are finding a way to navigate this unexpected and newfound parenthood of a teenager, and hopefully, we’ll get to see how they continue to adjust to that.

The hour also teases that Sophie will “deal with mixed emotions surrounding her mother while Delilah faces a difficult decision.”

Sophie took a surprising and brave stance when she outed Peter on Maggie’s very public podcast. It was a game-changing move.

Her journey as she works through the trauma of her assault was the most compelling arc of A Million Little Things Season 3. 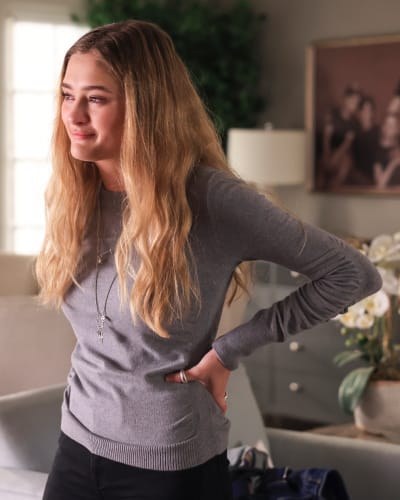 It’s a relief that the series will continue exploring that in the upcoming season.

Gary’s actions will likely shock Sophie beyond measure, assuming she finds out about them. And hopefully, we’ll see if Peter faces repercussions and Sophie gets justice for herself and the other survivors and victims.

But Sophie will also have to grapple with Delilah’s abrupt decision to relocate all of them to France.

It’s not the first time Delilah has done something that earns her scrutiny and frustration from her kids and friends. 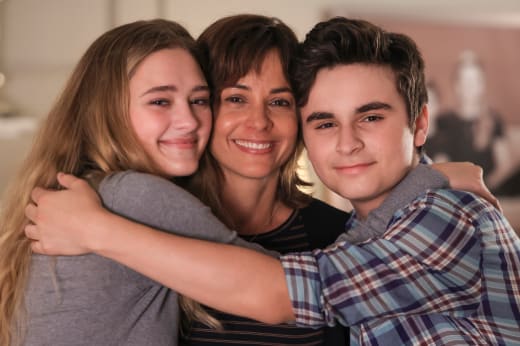 No one received the France news well, and the others reminded Delilah of her selfishness and inconsideration.

She only just returned to the States after leaving Gary to watch her children for months, and now, she’s making a rash decision that will rip them away from the family they love and lean on.

Delilah will likely have to reconsider that decision for everyone’s sake.

Meanwhile, in the other big shocking cliffhanger, Eddie got a call from the person who ran him over and left him paralyzed and wheel-chair bound. 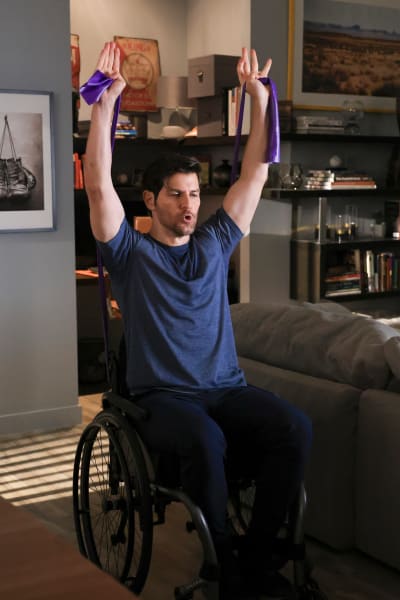 Eddie’s home life is in disrepair, his marriage to Katherine is in shambles after his drug abuse and rehab, and things got disturbingly ugly between the two.

But now, we finally get to revisit one of the biggest mysteries left hanging, who hit Eddie?

The synopsis teases that “Eddie inches closer to finding out who caused the accident.”

Hopefully, that’ll be a gratifying and healing journey for him that leads somewhere good. 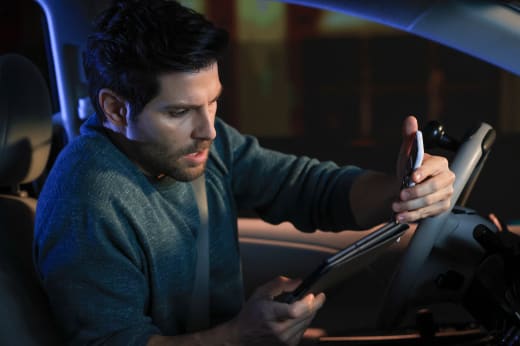 The synopsis also teases that Maggie will navigate a new career opportunity. After she had to leave her previous one in London because of the pandemic, it sounds as if she’ll be set back on track.

Maggie’s podcast has taken off, and she still gets to do what she loves and is good at, so it’ll be interesting to see the new ways they incorporate all of this.

Enjoy all of these stills from the season premiere, and check out the promo below! 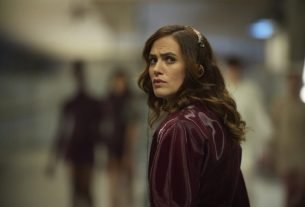