The end of Modern Family might not be the last time viewers see these beloved characters. Yep, ABC is already talking spinoffs.

ABC announced Modern Family would return for an 11th and final season at the 2019 Television Critics Association Press Tour. “[Co-creators Christopher Lloyd and Steven Levitan] have created one of the most seminal and iconic comedies in television history,” Karey Burke, president, ABC Entertainment, said in a statement. “In its final season, there will be more milestone events that anyone who has been a fan of the series won’t want to miss.”

“Milestone events” in season 10 include the death of a character and the surprise pregnancy of another. It seems the pregnancy and start of a new, modern family, could be the perfect jumping off point for a follow-up series.

“I would love it. No one would be happier if there were one,” Burke told press about a spinoff after her TCA panel. “This next year, from what I hear, is all about…they have big plans. There are some surprises and big milestones coming. They intend to really, really go out big. So, it would be terrific if a spinoff were part of that.”

After revealing Sarah Hyland‘s character Haley was pregnant, Lloyd told E! News all the big changes the writers made to these characters reinvigorated the behind-the-scenes team.

“We actually went into the planning of the season with the idea that if we got excited about certain changes in the characters’ lives, we should do them, whether it was the final season or not,” Lloyd said. “Because it was just going to be good for the show, and we kind of planned that it could go either way. It would make for a very lively last season, but if we end up doing another season—and I think it’s looking a little bit more likely that will happen—we’ll just throw all these changes into people’s lives, which is only good in terms of new stuff for us to explore.”

Now, they have another season to explore…and maybe a spinoff. 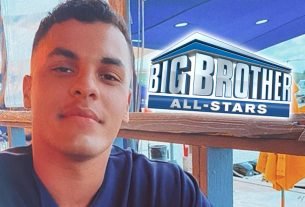 Look Back on Bachelor in Paradise's Most Scandalous Moments