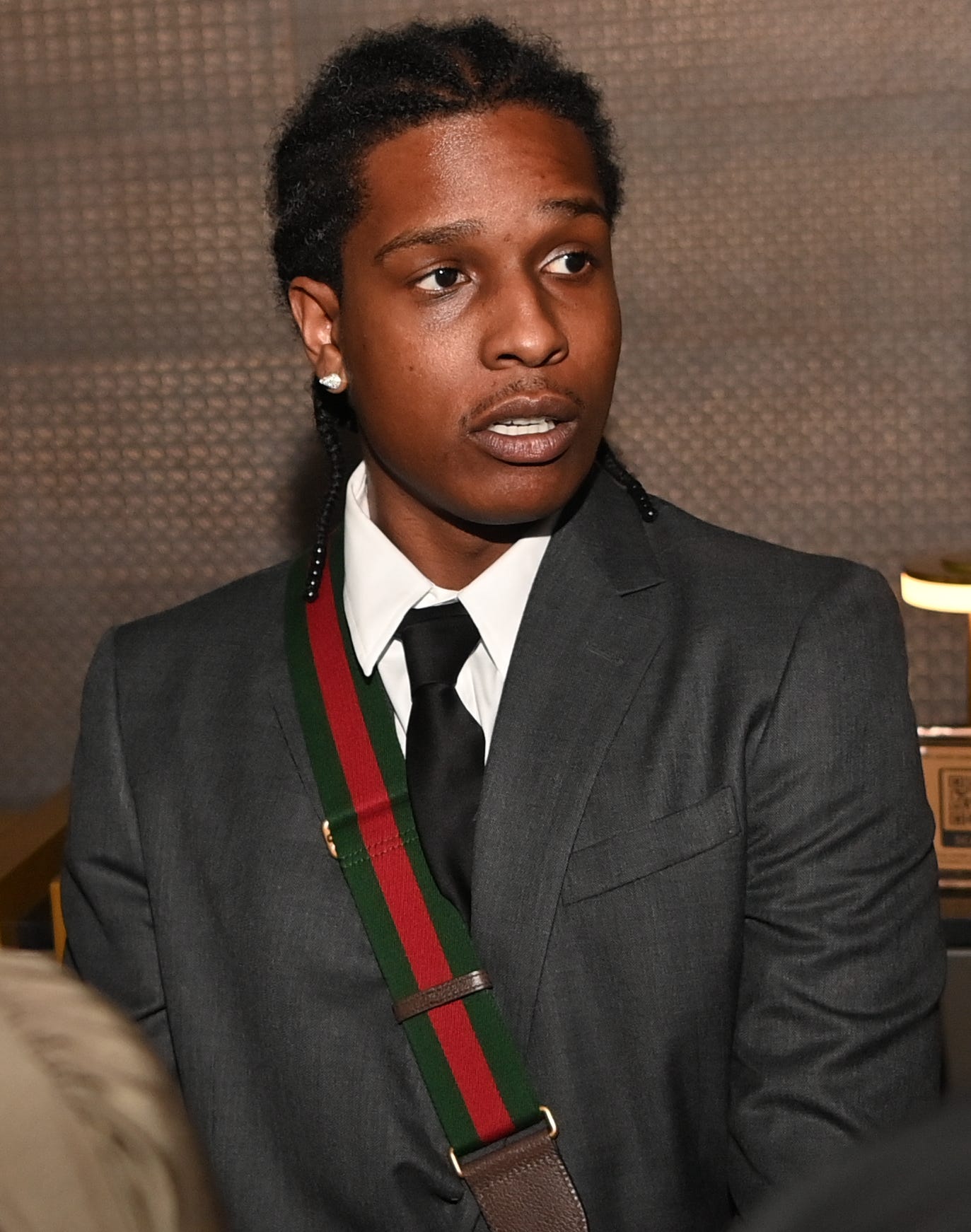 A$AP Rocky was detained at Los Angeles International Airport today, multiple law enforcement sources told NBC News, in connection to a November 2021 shooting. Rocky had arrived at LAX on a private jet after spending time in Barbados with his pregnant girlfriend Rihanna. TMZ reports that multiple eyewitnesses saw Rocky being arrested for assault with a deadly weapon with a gun.

The shooting, per NBC, happened on Nov. 6 around 10:20 P.M. The victim told police that Rocky “who was walking with two others, approached him with a handgun on the street. The victim claimed [Rocky] shot at him three to four times and believed one of the bullets grazed his left hand,” NBC wrote, citing police reports.

The arrest comes after Rocky and Rihanna went viral on social media last week when false cheating rumors spread. A fashion insider claimed Rihanna broke up with Rocky after learning that he cheated on her with shoe designer Amina Muaddi. Muaddi released a statement denying the rumor.

“I’ve always believed that an unfounded lie spread on social media doesn’t deserve any response or clarification, especially one that is so vile,” Muaddi wrote on her Instagram Story. “I initially assumed that this fake gossip—fabricated with such malicious intent—would not be taken seriously. However in the last 24h I’ve been reminded that we live in a society that is so quick to speak on topics regardless of factual basis and that nothing is off limits. Not even during what should be one of the most beautiful and celebrated times in one’s life. Therefore I have to speak up as this is not only directed towards me but it is related to people I have a great amount of respect and affection for. While Rih is continuing to live her serene, best dressed pregnancy life and I go back to my business—I wish everyone a beautiful Easter weekend!”

Rihanna and Rocky never commented on the cheating rumor but were photographed on vacation and going on dates in Rihanna’s native Barbados days after. The sightings served as confirmation they were still together.

Taylor Swift’s Midnights Album: Everything We Know About Her October 21 Release