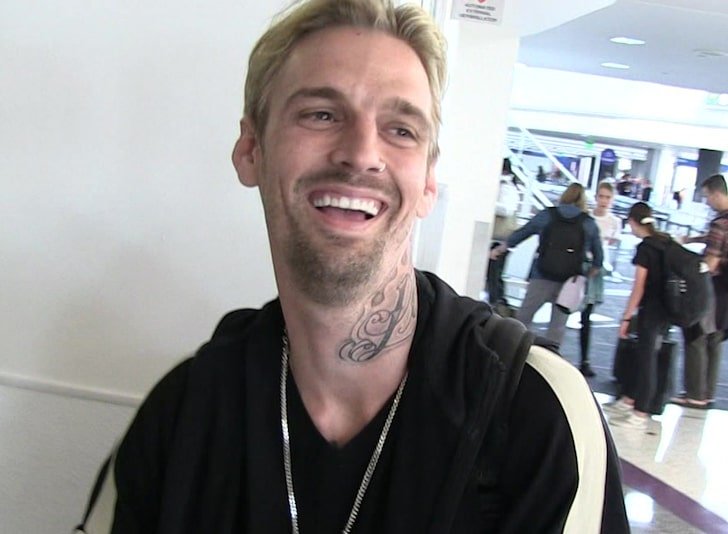 Aaron Carter is dedicating some serious real estate on his neck for the king of the jungle — not that he’s trying to save face or anything. He already inked that up.

Anywho, tattoo artist Nadia Katherine tells TMZ … she recently met Aaron through a friend who happened to be the opening act for Aaron’s concert in Nova Scotia, Canada. We’re told Nadia and Aaron met backstage and when he found out what she does, he jumped at the chance to get a new piece. 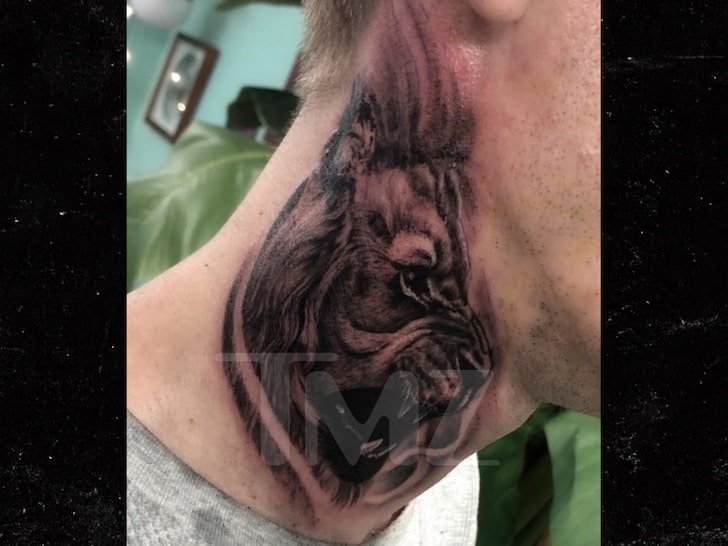 We’re told Aaron came in Monday for a nearly 4-hour sesh to the get the roaring lion on the right side of his neck.

We know what you’re thinking — what was his state of mind??? Nadia says he seemed very coherent when he came in, and once she got the gun out … he napped most of the time.

TMZ broke the story … when Aaron got a Medusa tattoo on his face, the artist first tried to stop him and eventually had to cut him off. The artist said he couldn’t cover Aaron’s whole face as he insisted.

Nadia says she offered to do the tat for free, but Aaron insisted on paying her something for her time. As for the significance of the lion — Aaron requested it because it ties, somehow, to his recent “love” mantra.

BTW … remember when he tweeted last week he was moving to Canada??? Nadia says he’d been viewing homes to purchase right before he came into her parlor.