Kim Kardashian, relatively fresh off her Pete Davidson breakup, has changed her mind about how ready she is to date again. After telling James Corden less than two weeks ago that she’d like to date a scientist, doctor, or lawyer next, Kardashian told Kelly Ripa and Ryan Seacrest on their talk show yesterday that actually, nah, she’d rather not be with anyone.

She wants to date “absolutely no one,” Kardashian said. “Wasn’t even an option [to be on dating apps]. You know what I did say before? Maybe I should try to date a doctor or a scientist or something so a bunch of attorneys and scientists and doctors all reached out. I’m just not ready.”

Kardashian added that it’s tricky dating as an A-list celeb. “I don’t think so [that I can go out on a casual date],” she said. “It would have to be something set up at a friend’s house, something really chill, nowhere out in public. I just want chill. I’m not looking for anything. I think I just really need to be by myself and focus and finish [law] school and [take care of] my kids.”

Kardashian made similar points to Corden, saying, “I haven’t really thought about it, because I just, I’m not looking. I just want to chill for a minute. I think I need some time to myself and to focus, finish school, all that. But I think my next route will, I feel like I have to do something, like go to different places. Clearly it’s not working, whatever I’m doing. So I don’t know. Maybe, like, a hospital and meet a doctor. A law firm.”

Meanwhile, Kardashian’s ex-husband Kanye West got media attention for comparing the death of Queen Elizabeth II to his breakup with Kardashian. “London I know how you feel. I lost my queen too,” he wrote on his Instagram Story. Kardashian did not reply to that.

The Best Watches at the Olympics 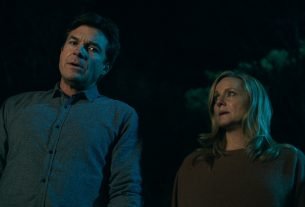 Everything We Know About Ozark‘s Fourth and Final Season 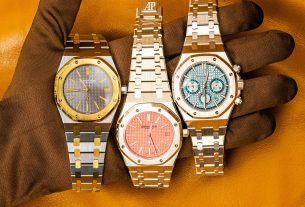 How the Royal Oak Launched the Modern Era of Watchmaking