Adele debuted a new song, “I Drink Wine,” during her One Night Only TV concert special tonight.

The soulful, bluesy composition conveys the struggles in a relationship and the efforts that go into making it work. “You better believe I’m trying to keep climbing / But the higher we climb, feels like we’re both none the wiser,” she belts out in the refrain.

Lyrically, the song is a reference to Adele’s recent divorce from her husband Simon Konecki. (They split in 2019 and share a son, Angelo.) In a sit-down interview with Oprah Winfrey during the broadcast, the singer opened up about coping with the breakup while writing her next album, 30, which is due Friday.

“I stopped drinking,” she revealed. “That’s one great way of really sort of getting to know yourself, is just drinking water and being sober as anything.” When Winfrey pointed out her “fascinating relationship with alcohol,” Adele explained that was “very much” true, “because it took my dad from me.”

Earlier this month, the tracklist for 30 surfaced, and fans immediately gravitated toward “I Drink Wine,” from the title alone. Now we finally know what it sounds like. Read the full lyrics below:

How come one become so bounded by choices that somebody else makes?
How can we both become a version of a person we don’t even like
We’re in love with the world, but the world just wants to bring us down
By putting ideas in our heads that corrupt our hearts somehow

When I was a child, every single thing could blow my mind
Soaking it all in for fun, but now I only soak up wine
They say you play hard, you work hard, find balance in the sacrifice
Yet I don’t know anybody who’s truly satisfied

You better believe I’m trying
To keep climbing
But the higher we climb, feels like we’re both none the wiser

Why am I obsessing about the things I can’t control
Why am I seeking approval from people I don’t even know
In those crazy times I hope to can find something I can cling on to
‘Cause I need some substance in my life, something real something that feels true

I hope I learn to get over myself
Stop trying to be somebody else
I just want to love you, love you for free
‘Cause everybody wants something from you
You just want me

I know how low I can go, I give as good as I get
You get the brunt of it all ‘cause you’re all I got left
Oh I hope in time, we both will find peace of mind
Sometimes the road less traveled is the road best left behind

I hope I learn to get over myself
Stop trying to be somebody else
I just want to love you, love you for free
‘Cause everybody wants something from you
You just want me

You better believe I’m trying
To keep keep climbing
But the higher we climb, feels like we’re both none the wiser 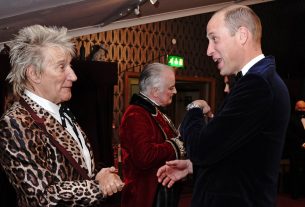 Prince William and Rod Stewart Had a Royal Outfit Battle 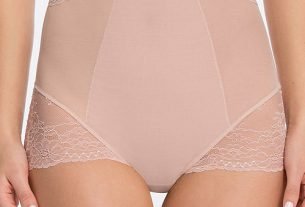 What Bridal Lingerie To Wear On Your Big Day