After a surprising snub following the death of Queen Elizabeth II last week, Prince Harry is asking that attention remain on his beloved grandmother’s legacy—not on any painful developments in mourners’ dress code.

Protocol posits that working royals wear military uniforms during formal events held within the period of mourning put forth by King Charles III. But—as first reported by royal reporter Omid Scobie—Prince Harry, who served for 10 years in the British Army, will not be allowed to wear his military uniform during these ceremonies. It’s unclear whether this decision came from King Charles himself or another source, per BAZAAR.com.

After surrendering his royal duties in 2020 to move to California with Meghan Markle, Prince Harry is not considered a working royal and had to give up his honorary military appointments. But the change in dress code caught the attention of many regardless, in part because Prince Andrew—also a non-working royal stripped of his military titles, following sexual abuse allegations made against him—will be allowed to wear his uniform at the Queen’s final vigil, “as a special mark of respect.”

This snub came soon after Prince Harry released a touching tribute to his late grandmother, in which he referred to her as “Granny” and “my Commander-in-Chief.” He wrote, “I am forever grateful for all of our first meetings—from my earliest childhood memories with you, to meeting you for the first time as my Commander-in-Chief, to the first moment you met my darling wife and hugged your beloved great-grandchildren. I cherish these times shared with you, and the many other special moments in between. You are already sorely missed, not just by us, but by the world over.”

On September 13, a Sussex spokesperson confirmed that Prince Harry and Meghan Markle would prefer attention remain on Queen Elizabeth’s legacy—not on any potential interfamilial disputes.

“[Prince Harry] will wear a morning suit throughout events honouring his grandmother,” the spokesperson told Scobie. “His decade of military service is not determined by the uniform he wears and we respectfully ask that focus remain on the life and legacy of Her Majesty Queen Elizabeth II.” 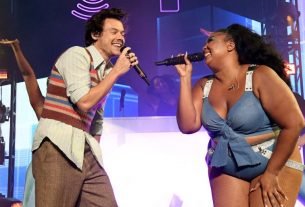 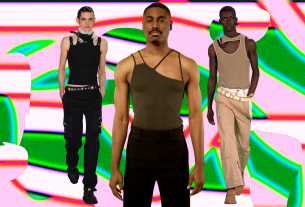 Welcome to the Tank Top Renaissance