But there was something fans were not prepared for – the sight of Will Smith as a blue Genie.

Will Smith posted a clip of himself as the Genie, with the caption: “I told y’all I was gon’ be Blue!! Y’all need to trust me more often!”

Fans have been grappling with mixed emotions about Will Smith as a blue Genie, and to no surprise they vented their feelings on Twitter..

One simply said: “Will Smith’s genie is horrifying.”

Another tweeted: “Will Smith as the Genie in Aladdin is sooooo weird wtf.”

A third commented: “Will Smith as Genie in the new Alladin trailer has ruined my childhood.”

Some fans even mistook a blue Smith as a “bad Photoshop meme”.

While another claimed the Genie would give her “nightmares”.

However, not all fans were horrified at the prospect of a blue Will Smith – who many people claimed was inspired by James Cameron’s Avatar.

“I’m here for Will Smith genie, no he won’t be Robin Williams, no one will, and no one could.

BLUE: People don’t know how they feel about a Blue Genie Will Smith (Pic: DISNEY)

“Live action films are fun, stop being such a Debbie downer.”

Even though there are mixed reactions to Smith as a blue Genie, there is no doubt fans are excited for the film itself.

One fan said: “I’m so excited for the live action Aladdin, like I might just cry lmfao.”

Fans can also look forward to Mena Massoud as Aladdin, Marwen Kenzari as the villainous Jafar and Naomi Scott as the beautiful Princess Jasmine.

The live-action version of Aladdin follows a string of Disney remakes, including Cinderella, Beauty And The Beast and Maleficent.

Aladdin is based on the 1992 animated classic, starring fan-favourite Robin Williams as the Genie.

The new live-action version will be directed by Guy Ritchie.

Fans first had a look at the cast of the new film on an Entertainment Weekly cover in December.

On the cover Smith looked amazing in a blue and purple outfit with gold jewellery – but was not blue.

Some fans were worried Smith would be abandoning the Robin-Willams-voiced character’s blue colour – but now they definitely have what they wished for. 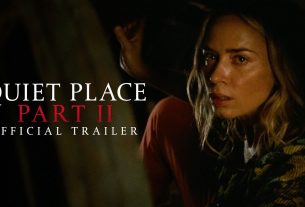