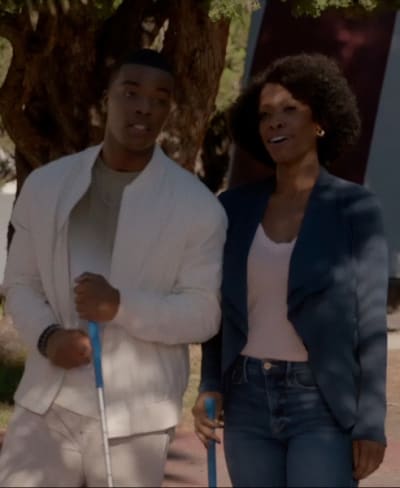 Spencer almost made it out the door.

For the briefest of times, he enjoyed his farewell tour of all those important to him on All American Season 4 Episode 3.

Now, well, he’s rapidly sliding back to Jordan status — lots of potential but not too many opportunities.

That’s not to say that Spencer might not still end up in Ohio (not Kansas, Coop).

But when he learned that the coach who recruited him (played by the always cool Manny Montana) had left the program now run by that generic white Midwestern coach, his enthusiasm waned (and based on the trailer, will continue to dwindle on All Amerian Season 4 Episode 4). 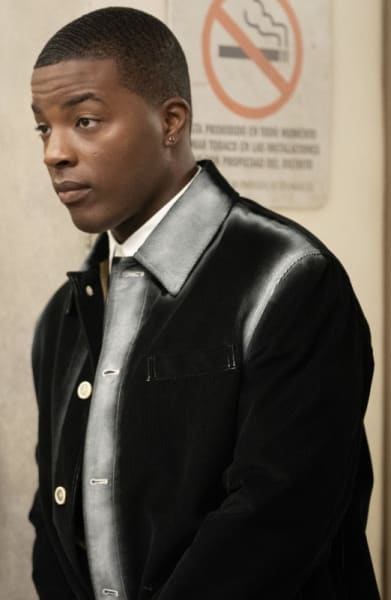 But hey, when he was on the clock and about to leave town, didn’t he speed around repairing relationships all across the city that he had been damaging for parts of two seasons? So that’s something.

Coach Hudson seemed to be offering Spencer quite an opportunity to play as a true freshman. But seriously, wouldn’t an All-American be playing as a true freshman anyway for a mid-major program with no national reputation?

Still, let’s pretend this was reason enough for Spencer to miss out on his final semester of high school just so that he could get a leg up in a so-so program.

Unfortunately, he was still on the outs with the only person he knew who had escaped South Crenshaw to go on to a major college program and even the NFL, if only for a cup of coffee. 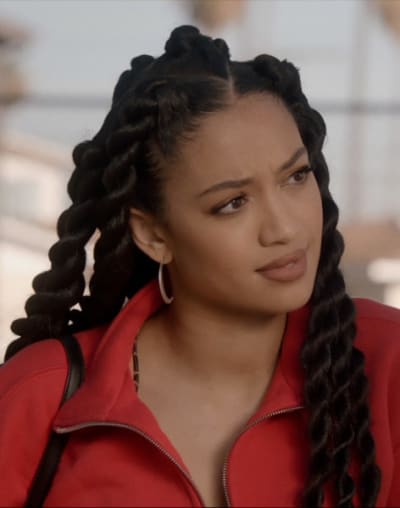 At least the women in Spencer’s life were there for him, starting with Olivia. Even though he considered turning their final semester upside down, Olivia pushed him to grab the opportunity.

Their big date night was charming, even if it went off the wheels almost instantly. A female beat Spencer at competitions for the second time that day as Olivia throttled him at arcade games.

Then came the big talk about sex, a topic that Olivia was so nervous about that she consulted with her sponsor, Joy. It turned out that neither she nor Spencer wanted to rush things.

Grace inadvertently shut down anything further from happening, based on her talk earlier with Spencer about his continuing strained relationship with Billy. 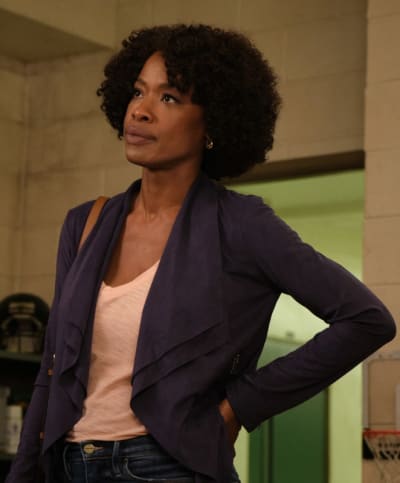 Naturally, Mama Grace did something about that, barging in on Billy and demanding to know what he was thinking. Grace won’t let anybody make her firstborn sad.

She succeeded in getting an answer to the question, “Why can’t Billy just let it go”?

Billy blamed Spencer because he was ashamed of himself for not seeing how much Jordan was hurting. However, in his defense, Jordan was always doing self-destructive things right under Billy’s nose, so why should this be different?

Well, at least Billy and Jordan are back in a good place, in which a son wasn’t afraid to ask his father for help. 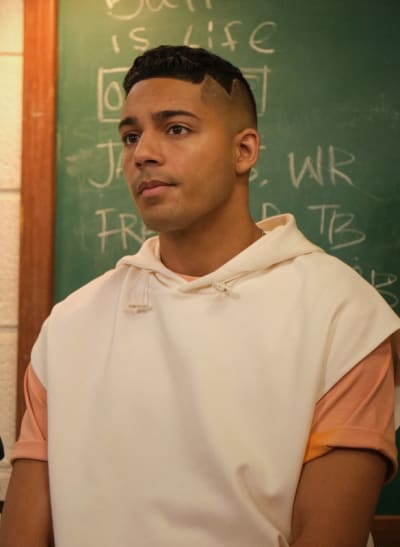 After his team won the state championship, Jordan was right that he should have been getting more recruiter love. So when Montes got named to coach one of the all-star teams, Jordan went scratching around for a bit of exposure in front of college recruiters.

Good for Montes for laying it out for Jordan that his concussions had stopped the scouts cold. HIPPA be damned, college programs knew about every ache or pain that potential recruits had.

Billy was the one who came up with a solution for Jordan: Play a couple of seasons for a junior-college program to prove he wasn’t damaged goods.

Also, pumping up his GPA at a juco would be a positive development for Jordan before he takes on the demands of a major-college program. 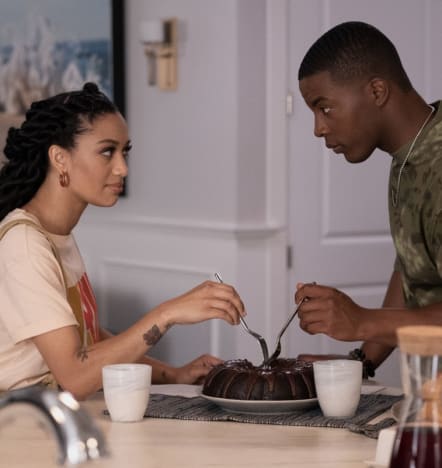 Since he had made up with Jordan, it was time for him to make amends with Spencer, his other “son.”

Giving a rousing talk to his seniors, then passing out the “We won” team rings, was a nice touch by Billy, putting a bow on their near-miss season.

While things were coming together for Spencer, things were falling apart for Coop, who seems intent on alienating most everyone in her life, as Spencer pointed out to her, no matter how much she tried to deflect.

Yes, Coop was helping out with Aleta so that ex-con single dad Preach could earn a living to keep his family together. 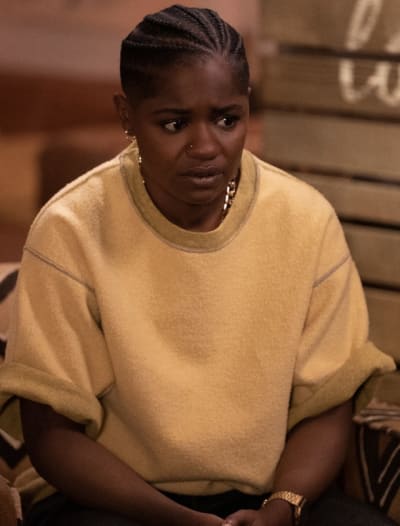 Still, Coop was ducking her label head, Layla, with Preach having to take the heat for her repeated absences from the studio. Coop couldn’t admit that her music career may be finished because of the shooting.

Layla might still be oblivious if it weren’t for her and Asher’s excellent adventure.

Rather than watch Asher kick himself, Layla spirited him away as she took another crack at a potential musician for her label.

After celebrating Layla’s accomplishment, Asher let slip what was going on with Coop. 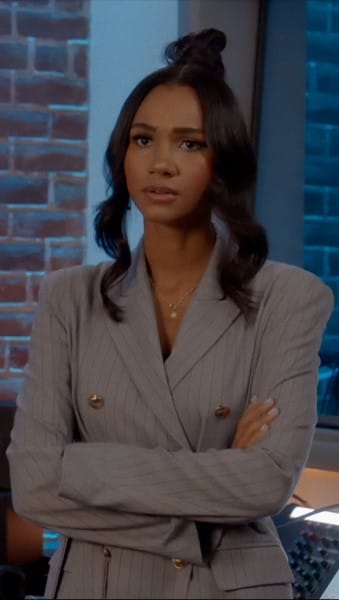 Was Layla overly harsh with Coop? Not at all.

Coop owed Layla the truth, sooner and not later, after Layla had spent hours and dollars spinning her wheels.

Besides, Coop had no idea what she was signing. The tough love was likely Layla’s attempt to get Coop into the studio to finish her album.

And, out of it all, Asher finished his profound college-application essay, which essentially said, “Stuff happens. Then you move on.” 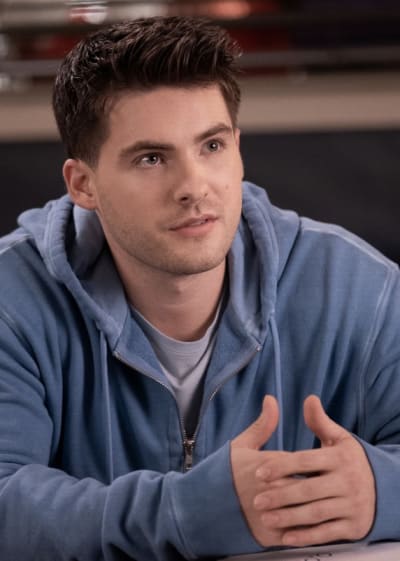 Is Spencer going to bail on Toledo State in favor of a better offer near home?

Can Coop get out of the mess she’s creating?

What do you think of Layla and Asher as a couple? 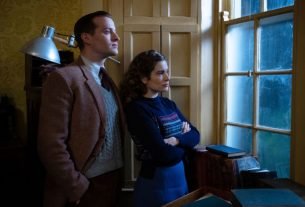 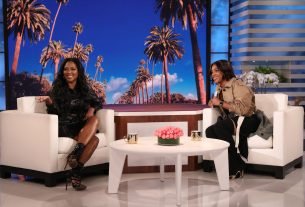 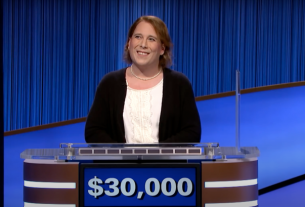