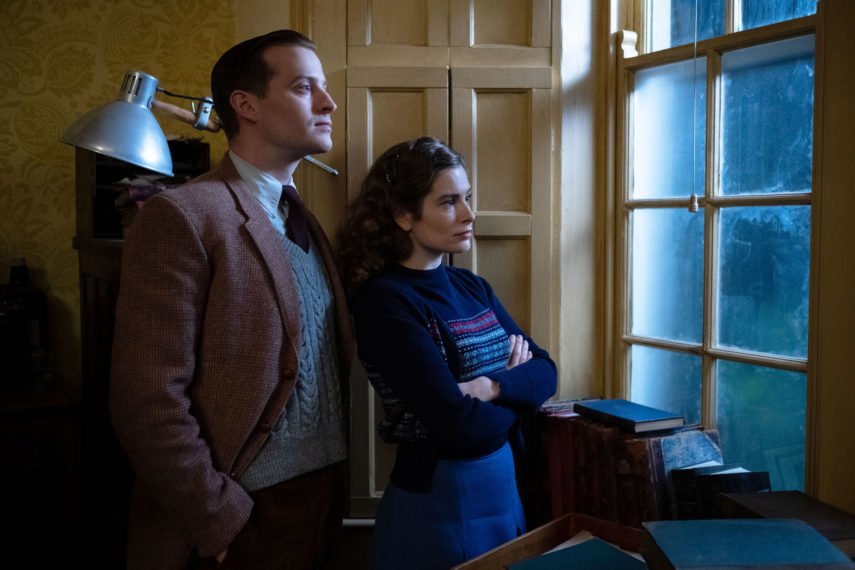 [Warning: The below contains MAJOR spoilers for All Creatures Great and Small, Season 1, Episode 7, “The Night Before Christmas.”]

Forget that the calendar says February. All Creatures Great and Small concluded its first season on PBS’s Masterpiece with an emotionally satisfying Christmas episode that rekindled the spirit of the season and brought the residents of Skeldale House together in peace and harmony.

Over the course of seven episodes, the charming British series proudly wore its heart on its sleeve without resorting to cloying sentiment. In the finale, after young veterinarian James Herriot (Nicholas Ralph) helps deliver a litter of puppies on Christmas Eve 1937, he gets stranded in the fog with Helen (Rachel Shenton), the farmer’s daughter he’s fallen for. Helen ultimately calls off her December 25 wedding to Hugh (Matthew Lewis), and she and James go off to celebrate the holiday with their respective families.

But James doesn’t make it home to Scotland. Instead, he celebrates Christmas with the people who have become his surrogate family in the Yorkshire Dales: his mentor, Siegfried Farnon (Samuel West); Siegfried’s much-younger brother, aspiring vet Tristan (Callum Woodhouse); and their astute housekeeper Mrs. Hall (Anna Madeley).

The episode ends with the quartet sitting by the fire as an actual recording of King George’s Christmas message from that year plays on the radio.

“I find that sequence very moving,” says executive producer Colin Callender, who was instrumental in bringing the book series by Yorkshire vet Alf Wight — writing as James Herriot — back to TV. (A previous adaptation ran from 1978-90 and is streamable on BritBox.)

As cast and crew prepare for a return to Yorkshire this spring to film Season 2, Callendar looks back on the show’s maiden run.

What has the U.S. response to the show been? Is it similar to what it was in the U.K.?

Colin Callender: In many ways it has. People have found it an escape from the messy world we’re living in right now. The impulse to bring the show back was obviously pre-COVID, but I felt that audiences both in America and in England were living in a very divided world and that there was something very assuring about revisiting a world of community and family and friendship.

In the Christmas episode, I was surprised to see an older interracial couple in 1930s Yorkshire. You’ve said you based Anne Chapman, the Black woman, on the background of the actress who played her, Cleo Sylvestre.

When we were interviewing actresses, Cleo told the story of her mother, who was in service as a young woman in a grand household [in Yorkshire], and we built that into the episode. Diversity is very important on several levels. We wanted a Scottish actor to play James. We wanted to make sure the female roles were fully fleshed out, so [we built] up Mrs. Hall and Helen. And, of course, diversity in terms of race. We wanted to reflect the real diversity of that landscape in an authentic way.

One of All Creatures’ many charms is the animated opening-credits sequence. How did that come about?

It’s inspired by the old British Rail posters. Over the decades they had these wonderful posters that advertised train service to various parts of Britain, and the illustrated style is what inspired the title sequence. Hopefully what it does is help transport you back in time. 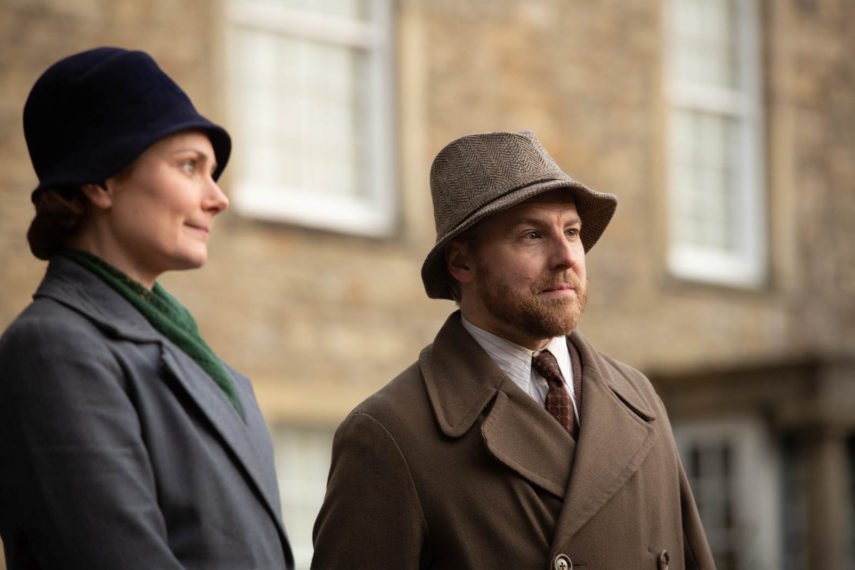 How challenging was it to work with so many animals?

The regulations of working with animals are very extensive. We had a vet on set full-time and members of the appropriate animal welfare organizations. Then in some sequences, we used prosthetics rather than the actual animal.

In the first episode, you filmed an actual calf’s birth, then shot James with his hand in the prosthetic backside of a cow, right?

Yes, we had the crew waiting around for the calf to be born and film it, then cut that into the actual footage with James. We wanted it to be as authentic as possible. When I went to visit [Wight’s children], they showed me around their father’s veterinary museum. What was striking were the various instruments that were used to treat the animals were like something out of a medieval torture chamber. We wanted to capture what a vet back in the 1930s had to deal with in the wilds of Yorkshire. It was a very physical profession.

What did you see in Nicholas Ralph that convinced you he was the right person to play James?

He had that wonderful mix of wide-eyed innocence and vulnerability on the one hand, yet a sense that there was inner steel that he would discover. And the fact that it was his first big role, he was sort of living out the part as he was playing the role. He was growing in confidence as an actor in a way that James was growing in confidence as a character. In many ways, his own personal journey was the journey of James onscreen.

Some of my favorite scenes involved the late Diana Rigg as the eccentric Mrs. Pumphrey, and Derek as her adorable Pekingese, Tricki-Woo…

She threw herself into the role with gusto. She knew Nicholas Ralph was just starting out, so she was very generous in their scenes together. And she was a hoot. She loved playing that role.

Will you be recasting Mrs. Pumphrey?

My best answer is, “Watch this space.” Certainly, Derek will be coming back.

What do you have on tap for Season 2?

Suffice it to say, I think there are a lot of loose ends in the final episode that becomes the setup for Season 2. 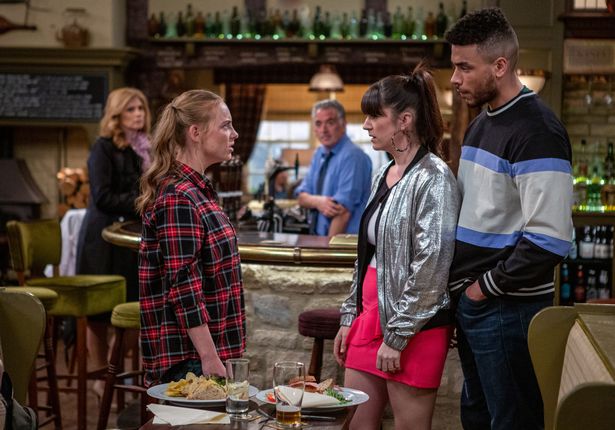