Warning: the couples on Pump Rules may cause whiplash.

As any true fan of Vanderpump Rules knows, relationship statuses change on the Bravo reality hit faster than DJ James Kennedy can spin during CUNNXT at SUR. A couple can be happier than ever one day, talking about marriage and kids, only to have a cheating rumor hit them on the next day.

And you thought dating in your city was tough.

While some of the cast members have remained pretty solid (at least romantically) throughout the year—married couple Katie Maloney and Tom Schwartz seem happier than ever, Kristen Doute is still with Carter, James Kennedy and Raquel Leviss have survived various cheating allegations, and Tom Sandoval and Ariana Madix are going very strong—these Vanderpump Rules stars experienced quite the relationship rollercoaster rides and major status updates in 2018…

“Rot in hell,” a devastated Brittany, who moved to L.A. from Kentucky to be with Jax, told him in the finale. But cut to June and Brittany was saying “yes” to Jax’s marriage proposal, which was shown in the Dec. 4 premiere.

So what was the catalyst for Jax’s surprising transformation? It was the death of Ronald Cauchi, Jax’s beloved dad, that changed everything for the 38-year-old.

“My father passed away about six months ago, and it was kind of a turning point for me,” he said. And there to support him was Brittany, with Jax saying, “That’s when I knew she was the one.”

After everything he put her through during the season, Jax worked hard to win back Brittany’s trust.

“He was very persistent and just did not give up. He just wasn’t going to give up on me. There were some times—sorry to say this Jax—where I’d have 30 missed calls from him,” Brittany revealed on E!’s Daily Pop. “I knew that I loved him still. I was trying to act like I didn’t. In the end, I’m just so glad where we are right now because we are so much better than we ever have been.”

While the female cast members were initially encouraging Brittany to leave Jax, they’ve all since noticed the change in SUR’s former bad boy bartender.

“If you would have told me the eight months ago, all of us would’ve said, ‘Hello no, you don’t deserve Brittany,'” Stassi, Jax’s ex who he cheated on multiple times, told him in the premiere. “But all of us have noticed a giant change in you.”

And even his boss Lisa Vanderpump told E! News she believes Jax has “grown up.”

“I just think she’s a wonderful girl, I reallyo do,” she told us at the season seven premiere party. “She’s the best thing that’s happened to Jax Taylor.”

As for Jax, why was he finally ready to settle down after years of cheating and bad break-ups?

“She’s my best friend. She’s my soul mate,” he said of Brittany on Daily Pop. “It just clicked. It just was right for me.”

As for whether or not Pump Rules fans can expect to see Jax and Brittany, who had their own spinoff in 2017, tie the knot on the show, the couple recently revealed to E!’s Justin Sylvester that they are still making that decision.

“Everyday we’re back and forth on this,” Jax said of their wedding being on Pump Rules. “Every day it changes…just because it’s such a special day and I want it to be perfect. We talk about it, but I don’t know.”

However, Brittany did add, “Let’s just say that it probably will be!”

But before the wedding comes the parties, and the couple said they will do “a group” bachelor-bachelorette party in Miami, before she takes the girls to Miami and he jets off to Aspen with the guys.

Despite the super-secretive start to their romance, Lala proudly announced she was engaged to boyfriend and producer Randall Emmett in September, just a day before her 28th birthday.

“Last night was the best night of my entire life,” she wrote on Instagram, alongside a photo of her and Randal kissing after his proposal under a sky full of fireworks. “I got engaged to the man of my dreams. I get to call this amazing human my fiancé! An engagement last night, my birthday today, and every sign my dad could possibly send me to let me know he’s here. I’m the happiest girl in the world.”

It was a bittersweet moment for Lala, as the couple’s engagement came months after the death of Lala’s father, in April.

During an interview on SiriusXM’s The Jenny McCarthy Show in June, Lala revealed that her mom had told her that Randall had asked her dad’s permission to marry her just before he passed away.

Randall’s divorce from actress Ambyr Childers finalized at the end of 2017, with Lala only publicly confirming her man’s identity in a New Year’s post following months of speculation.

So how did Randall, 46, pop the question?

To celebrate her birthday, the couple traveled to Cabo San Lucas, Mexico, and he set up a screen one night that showed Friends, her favorite show. Before it went black, a video montage of their relationship played. He then got down on knee, presenting the reality star with a 6-carat diamond from jeweler Richie Rich of Leon Diamond. Oh, and fireworks capped it all off.

The rock was worth $ 150,000,  Rich revealed to E! News, adding he worked with the producer for months on the design.

Soon after the proposal, the newly engaged pair hopped on a private plane to Las Vegas, where they celebrated with the Vanderpump Rules cast.

Just don’t expect to see Randall or even the wedding, set to happen in 2020, on Bravo.

“My wedding will not be on Vanderpump Rules,” Lala told E! News. “I’m just funny about stuff like that. I want to keep it in my memory and I don’t really care for it to be documented in that way. I’m a weirdo!”

She continued, “Not only am I dead-set on it not being filmed, I know Rand would never want it to be on Vanderpump.”

She would, however, confirm she will have three outfit changes.

In the season seven premiere, viewers were introduced to Stassi’s new beau, Beau Clark, who was a full-blown breath of fresh after they suffered through Patricks’ gas-lighting and constant condescending attitude to his girlfriend, her friends and her boss throughout season six.

But her loyal social media followers learned about her new man, who is a commercial casting and advertising associate, in February.

At the time, a source told us, “Stassi is happy that she didn’t have to use a dating app and met him organically through her best friends.”

Yes, the couple was set up by Katie and Kristen, who thought Beau was “a good match” for their BFF.

“Stassi thinks he’s hilarious, and they both share similar humor,” our insider continued. “They have been spending a lot of time together, and he stays at her apartment often. They both bond over their obsession with their dogs.”

Her relationship with Beau comes after a tumultuous relationship with Patrick, which first began in 2014 and was on-and-off for years until he ended things for good—on their four-year anniversary. Oh, and she had planned a trip to Mexico for them.

“We get into an argument on our anniversary that he did not remember. Our four-year anniversary. Granted, OK, we broke up for a really long time, but we met four years ago on that day,” Stassi detailed om her podcast when recalling their split. “I didn’t even get a f–king daisy. Not even a weed. What did I get? I got told I was broken up with a day before our Mexican vacation that I already paid for.”

During the season six reunion, Stassi admitted she “didn’t recognize” herself when watching the scenes with Patrick back, saying she saw someone who “was meek and didn’t stand up for herself.”

(It’s worth remembering Patrick previously refused to be filmed on the show, and Stassi’s exit after season three was in large part so she could move to New York and be with him.)

“I just feel like I wasted so much time,” she said. “I just really want someone to love and accept me, that’s all I want.”

And it seems like she’s finally found that with Beau, with Lisa even approving of Stassi’s man…a far cry from her now-infamous first meeting with Patrick.

Fans watched through their fingers at some points during season six as it was clear that Scheana, coming off of her divorce from Mike Shay, was much more into boyfriend Rob Valletta, who she dated in 2006 before meeting, than he was into her. And it was made even more awkward knowing that they had broken up at the end of 2017…and there were rumors that he had been unfaithful, which came up on the show.

“Watching that back hasn’t been easy because I see how it looks on television. Obviously, you can’t see every minute of every conversation,” Scheana said on her Scheananigans podcast in March.

“I know I look really stupid, and you know what? I was coming off a divorce,” she continued. “I got back with someone who I felt was my soulmate and was the one…you can’t fault me for being happy and being in love.”

And during the reunion special, she blamed the show for Rob’s decision to break up with her “two weeks” after production wrapped on the season, with the rest of the cast questioning his motives.

“I was head over heels in love with him, I was for a really long time,” she said. “It didn’t work out, but I have loved Rob for 12 years. And he broke my f–king heart. For the first time, that genuinely broke me.”

And though she was trying to set Brittany Cartwright up with new SUR staffer Adam Spott in the post-cheating scandal days, it turns out that Scheana may have found a romantic connection with the handsome bartender.

When Scheana traveled to Adam’s hometown in Pennsylvania In October, she wrote on Instagram that she had “made it to hometowns.”

Adam poked fun at all of the rumors about their relationship on Instagram around the same time, posting a photo of them with the caption, “ADAM IS USING SCHEANA FOR CAMERA TIME / SCHEANA IS USING ADAM AS A REBOUND GUY,” Adam previously wrote on Instagram when poking fun at some of the comments he’s heard. “CAN THEY PLEASE STOP PUSHING ADAM ON US / ISN’T HE THE GUY THAT SHE TRIED TO SET BRITTANY UP WITH / ADAM IS SO THIRSTY / ANYONE ELSE>SCHEANA AND ADAM.”

At the time, a source told E! News that the pair “are really good friends but are also romantically involved. They don’t call each other ‘boyfriend and girlfriend’ but are definitely dating.” 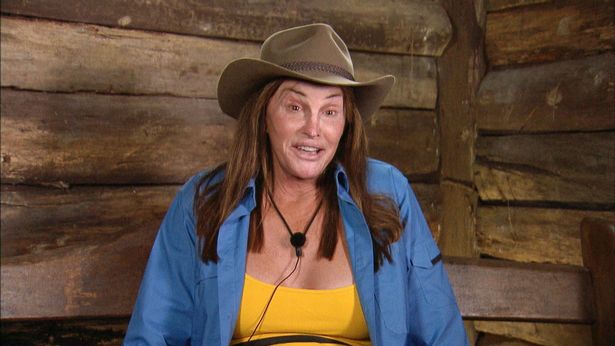 Rosé All Day: Cheers to National Rosé Day & All the TV Characters Who Love the Pink Drink