Britain’s Got Talent judge Amanda Holden, 47, celebrated her daughter Hollie’s seventh birthday with a party themed on The Greatest Showman.

The BGT star certainly dressed up for the occasion as she donned a ringmaster costume, wearing a red circus jacket and black leather trousers.

The leather trousers clung to Amanda’s curves as she celebrated the occasion with friends and family, flaunting her hula-hooping skills in a clip on social media.

It didn’t take long for her fans to compliment both her costume and her talent, as one posted: “Wow how can you look so gorgeous when you’re hula-hooping?”

Another added: “You look amazing!”

A third wrote: “You’re the cutest person ever.”

A fourth chipped in: “You’re so pretty Amanda.”

Amanda and the rest of the judges returned to filming for the Britain’s Got Talent auditions earlier this month, heading to the London Palladium to see the latest talent offerings.

She stole the limelight from Simon Cowell, David Walliams and Alesha Dixon as she opted for a yellow silk dress on the red carpet.

The glamorous ensemble wrapped around her famous curves as she posed for the camera, flaunting her golden legs in nude heels.

BACK AGAIN: Amanda and the rest of the judges have returned to BGT auditions (Pic: INSTAGRAM)

This year’s BGT also marks the return of presenter Ant McPartlin, who left co-host Declan Donnelly to present the live shows by himself after pulling back from TV commitments.

The presenter announced the break from TV after being involved in a car crash while he was drink-driving, leading to an £86,000 fine and 21 month driving ban.

Ant looked in good spirits as he appeared on the stage with Dec, and the pair were thrilled as they won the National Television Award for Entertainment Presenter for the 18th year in a row while they filming the auditons.

BGT returns in April on ITV. 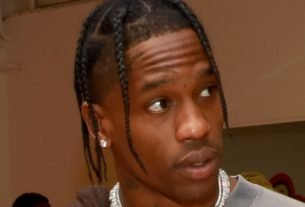 Travis Scott Sued for Stealing Melody to ‘Highest in the Room’ 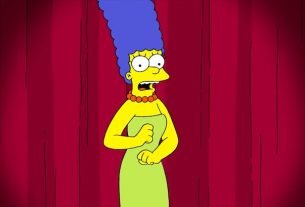