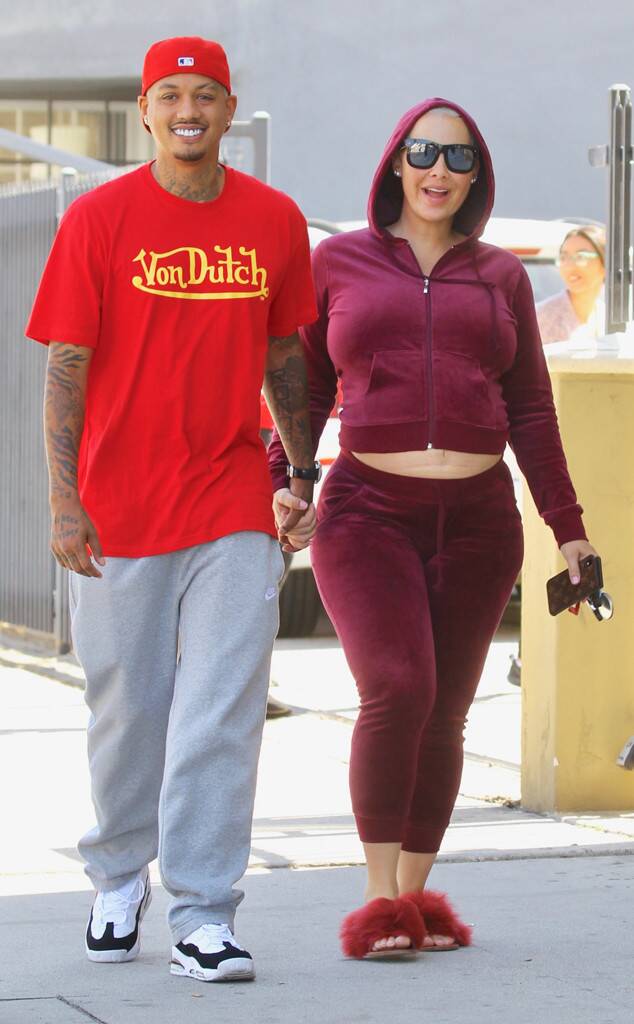 Amber Rose is ready to serve bawdy and face!

The 36-year-old star revealed on Wednesday that she was getting her figure snatched nearly six weeks after giving birth to her baby boy, Slash Alexander Edwards. As fans might recall, Rose welcomed her newborn with boyfriend, Alexander “AE” Edwards, in mid-October. It’s the couple’s first child together, however, Rose shares a 6-year-old son, Sebastian Taylor Thomaz, with ex Wiz Khalifa.

And it looks like the self-described “Muva” is ready to get back to her pre-pregnancy shape.

“So I’m here at Dr. Matlock’s office, and I’m about to get my whole body done after the baby,” she began her Instagram video, which showed her lying on a doctor’s bed in a hospital gown.

“He’s gonna take out some of my jowls that are just hereditary,” she continued, pointing to her jawline. “It just runs in my family, so he’s gonna fix that and he’s gonna suck all the baby fat out of my stomach.”

Before closing her video and ending it with a few kisses to the camera, she said, “I’m super excited… I love you guys, wish me luck.”

Moreover, the 36-year-old model teased that many in the industry visit Dr. Matlock, but she’s the only one who won’t keep it a secret. “All of your favorite Girls and Guys go to him they just don’t tell you but I will,” she quipped in her caption. “@dr.matlock he’s the best in the business!”

Over the course of her pregnancy with her second child, Amber was also an open book about her journey and often showed photos of her growing baby bump.

“[Alexander] and I are SUPER excited to announce that we have a sweet little baby boy on the way,” she revealed the special news in April. “P.S Sebastian is soooooo happy to be a big brother!”

Moreover, the 36-year-old star has gushed over her beau, whom she called her “best friend” in a heartwarming post in January.

“In the past I’ve used the words ‘best friend’ very loosely while speaking of my ex’s but I can honestly say I feel like this man really is my BEST FRIEND! We talk for hours, he makes me a better person, he listens to me and understands me,” she shared on Instagram. “He also came into my life at a time where I’ve had enough of the narcissistic, cheating and abuse I’ve endured over the years from my previous relationships….. “

“I felt so damaged when I met him and pushed him away in the beginning, he has talked me through everything while simultaneously loving me and working with me so I could overcome my fear of loving someone in the most healthiest way again,” she continued. “Thank you for all of ur love and support baby. I love you so much.”

10 Wellness Products to Help You Destress at Your Desk