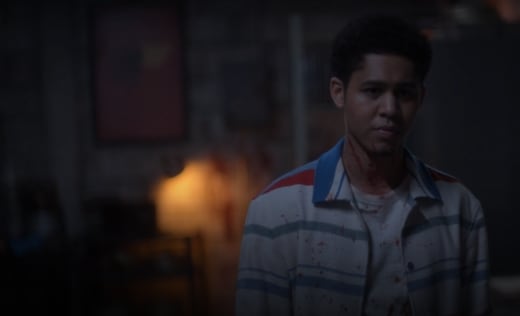 Will you look at drive-in movies the same again?

American Horror Stories Season 1 Episode 3 had a decent concept and scares, but the plot was too rushed to take seriously.

The idea of a movie turning people into merciless killers is spooky, and all, but the 40-minute made the episode feel empty beyond the horror.

Ryan Murphy and his team have long teased that American Horror Stories will feature tales with a beginning, middle, and end, and three episodes in, it’s clear the format is simply not working.

Being a streaming show should give the series more leeway when it comes to runtimes because had “Drive In” had another 20 minutes, it could have landed with more of a thud than a fizzle.

Rhenzy Feliz was decent as Chad. Ditto for Madison Bailey as Kelley, but did the show need to spend so much time on the subject of them having sex? 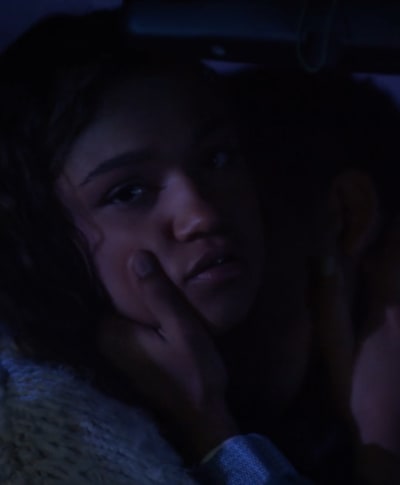 This takes away from the supposed American Horror Story of it all and makes it seem like a sexed-up version of Riverdale. That’s not a knock at Riverdale, but the AHS franchise thrives when it puts the scares and complex characters to the forefront.

Chad and Kelley’s relationship woes could have taken a backseat (pun intended) to focus on what we’re watching for: The horror of it all.

They were pushed to the limit, but they both lost their best friends on the night, and it didn’t seem to affect them in any way. It’s hard to believe they wanted to get between the sheets so soon after the horrifying scenario playing out. 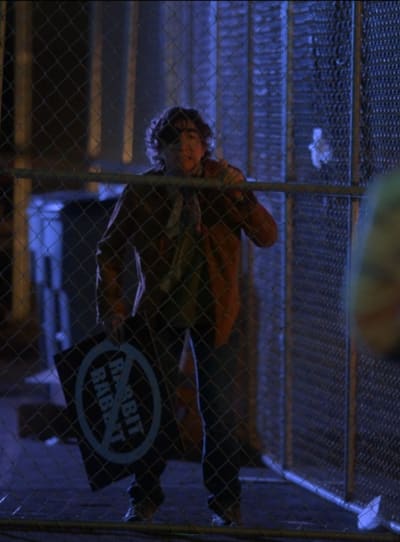 In condensing these stories, too much is being trimmed out to make it enjoyable.

The drive-in setup is perfect for this type of show, but giving the actors the appropriate material to work with is crucial to the plot’s success.

The final act was a complete and utter rush job. John Carroll Lynch is a franchise mainstay, and Larry was utterly bonkers and deserved much more screentime.

Larry was behind the movie and should have had a wider presence. I know it’s tough to balance everything when you have such a short running time, but delving deeper into his machinations before the big finish would have been much more interesting. 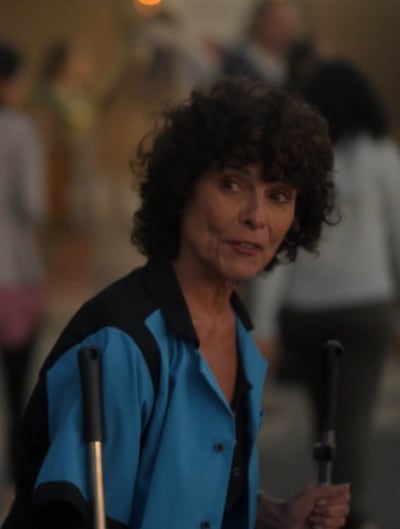 Larry’s death was also terribly handled. Being shot in the leg and burned in his trailer to the tune of “There Will Be Blood” by Kim Petras was more comedic than horrific.

The very notion that Larry would ever be free in his life after the original screening of Rabbit Rabbit was quite simply laughable.

He felt he had a duty to get his terrible killer movie out to the masses, but at least Lynch got to sink his teeth into another crazy character. He plays crazy well.

The drive-in being on its last legs was a nice hook, but it was bizarre for the owner to want to screen Rabbit Rabbit. Yes, it would pull the punters in for the first screening, but it wouldn’t have done the business any favors when it was in the headlines for all the wrong reasons. 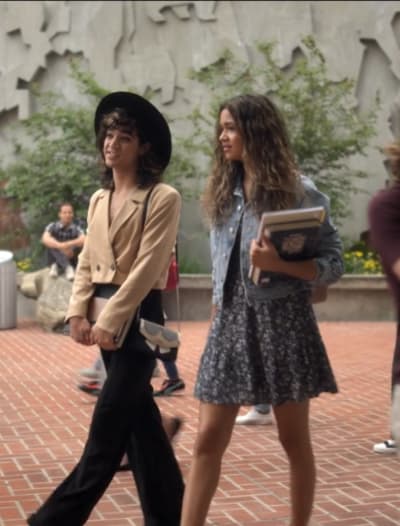 A killer movie is a bitter pill to swallow for anyone, but the whole scenario was poised to put the theater in the media for all the wrong reasons.

Another big concern is the ramifications this could have on the franchise as a whole. We know Netflix is addictive, and people watch everything the streamer launches, so putting Rabbit Rabbit on there was always going to kick off a war.

Does it get cornier than ending the story with two teenagers making out as the rest of Los Angeles turns into killers after the movie streams on Netflix?

We know the franchise is all connected, but are we to assume time travel will be used to fix things before we take a trip back to Los Angeles again? 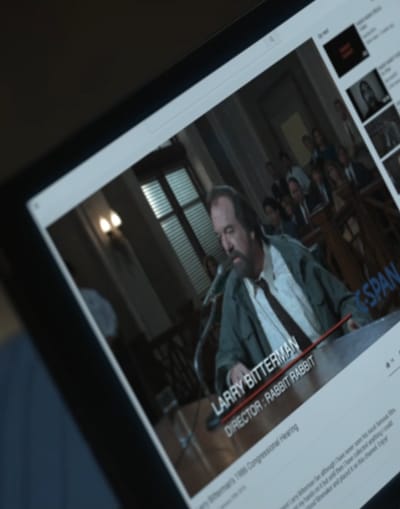 American Horror Stories Season 1 Episode 1 was connected to Murder House, and some of the ghosts we know and love were referenced, so we know this show is set in the same universe as the main series.

American Horror Stories could have been a great show, but we’re almost halfway through the season, and the teen drama tone appears to be the driving force.

There was a decent amount of horror on “Drive In,” but the teen drama of it all bogged it down.

Unless the series takes on a more serious approach, it’s not something I would recommend to longtime fans of the franchise. 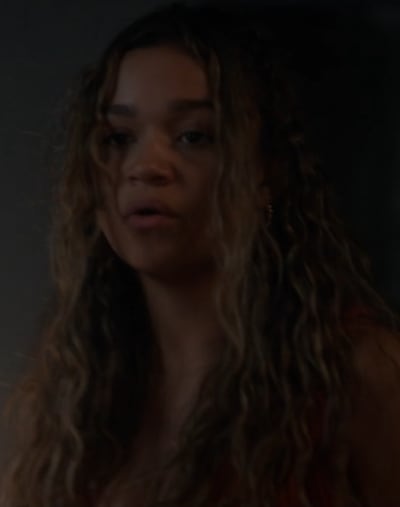 What are your thoughts on the newest story?

Are you struggling to believe the series is set in the same universe as the parent series?

Do you think the series needs to focus on a more horror tone?

Catch new episodes Thursdays on FX on Hulu, and be sure to return to TV Fanatic for full reviews. 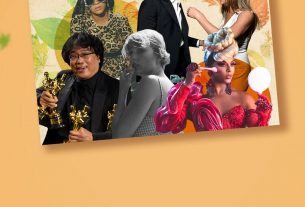