BEAUTY: Esmer Omerova has been compared to Michael Jackson

Russian tango dancer Esmer Omerova – the ex-wife of Bulgarian footballer Blagoy Georgiev – has gone under the knife yet again.

Her most recent procedure is believed to be her third attempt in a bid to have the perfect nose.

But local media claims that she is still not happy and is considering suing the plastic surgeon.

As well as the operations on her nose, the bombshell has had two boob jobs and four attempts at lip augmentation.

GORGEOUS: The Russian tango dancer has had 10 operations

She has also had operations on her cheekbones and chin, to help her resemble Hollywood megastar, Angelina Jolie.

Shocking photographs of Esmer through the years show how her surgeries have dramatically changed her appearance.

Recently she has changed her look yet again, dying her hair blonde and altering the appearance of her mouth, nose and even her eyes.

STUNNING: The former WAG was slammed by her Instagram followers

It has given her an almost alien-like look which people claim is more of a resemblance to Michael Jackson than Angelina, local media claims.

Some of her 99,300 followers on Instagram appear to have been taken back by her transformations.

One person slammed: “How can you destroy your face this way? Absolutely scary.”

They added: “When will they give her a brain?”

However, Esmer is not the only one who resembles Angelina.

Last year, Sahar Tabar reportedly had 50 operations in a desperate bid to look like US actress.

The Iranian teenager claims to be one of the actress’ biggest fans and says she “would do anything” to look like the Tomb Raider star.

11 Trendy Fashions That Are Purrfect for Cat Lovers 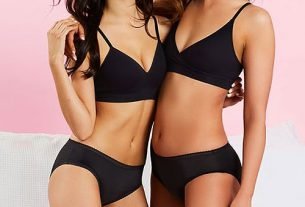 How Have We Lived Without Love Luna?