Ant McPartlin has made the decision to take the rest of the year off as he continues to recover from his addiction problems and drink driving arrrest.

As part of his decision, Ant and Dec’s Saturday Night Takeaway will be postponed until 2020 ant won’t air next year.

In a statement, Declan Donnelly’s presenting pal said: “My recovery is going very well and for that to continue having spoken to Dec and ITV, I have made the decision to take the rest of the year off.

Ant, 42, continued telling The Sun: “I’d like to thank both Dec and ITV for their continued support and I look forward to getting back to work in the new year.”

Dec, also 42, will still appear on the next series of I’m a Celebrity… Get Me Out of Here! without Ant,

It’s not yet known whether he’ll present it solo or with a new co-host.

Dec said: “Whilst I am obviously sad at the thought of being without my best friend in Australia this year, I am proud of the work Ant has been doing privately and I am fully supportive of his decision.

“I’m looking forward to us both being reunited on screen in 2019.”

Referring to Saturday Night Takeaway’s cancellation next year, the pair said they didn’t want the quality of the show to be affected.

I’M A CELEB: Ant won’t return for the next series

FLYING SOLO?: Dec will return, but it’s not certain whether he’ll get a co-host

They have promised that it will be back bigger and better than ever when it does return in 2020.

Takeaway usually airs in February, however the filming starts way before then.

It was felt that it was too soon for Ant to get back to work.

It is hoped Ant will be able to return to Britain’s Got Talent next year.

SATURDAY NIGHT TAKEAWAY: The show will be postponed until 2020

TROUBLES: Ant is recovering after his addiction problems and drink drink arrest

However, bosses insist they won’t put any pressure on him until he’s fully ready.

ITV Director of Television Kevin Lygo said: “ITV is completely supportive of Ant taking as much time as he needs in his recovery and of this mutual decision to rest Takeaway in 2019.

“Ant is clearly making good progress and we wish him all the very best and look forward to him returning to ITV next year.

“An announcement on I’m a Celebrity plans will be made in due course.”

Boosie is Seriously Working on Trademarking His Haircut, the 'Boosie Fade' 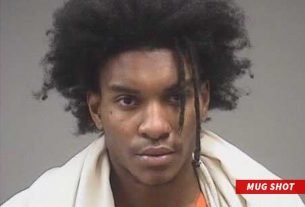