Anthony Bourdain, a chef and presenter famous for his award-winning shows TV shows, was found unresponsive in a hotel room this morning.

His death has been reported as a suspected suicide.

Confirming the 61-year-old’s death, CNN said: “It is with extraordinary sadness we can confirm the death of our friend and colleague, Anthony Bourdain.

“His love of great adventure, new friends, fine food and drink and the remarkable stories of the world made him a unique storyteller.

“His talents never ceased to amaze us and we will miss him very much. Our thoughts and prayers are with his daughter and family at this incredibly difficult time.”

Anthony is famed for shows such as the Food Network’s A Cook’s Tour and his Emmy award-winning series No Reservations, which aired on the Travel Channel from 2005 to 2012.

COOKING COMPETITION: Anthony served as a judge on The Taste alongside Nigella Lawson

“t is with extraordinary sadness we can confirm the death of our friend and colleague, Anthony Bourdain”

Anthony also served as a judge on cooking competition The Taste, which premiered on US network ABC in 2013.

The dad-of-one appeared on the show alongside British chef Nigella Lawson, 58.

Anthony and Nigella shared a friendship on and off the screen, with the Brit chef taking the US host out in London to celebrate his 60th birthday in 2016. 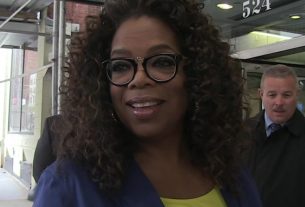