Apple has now confirmed many of the new features and benefits coming to the Apple Watch with its next major operating system update. Many of these improvements are specifically designed and implemented with user health and wellness in mind. While clocks on mobile phones have eliminated the need for many to purchase a watch, Apple’s wearable has continually found ways to appeal to consumers.

There are currently two different Apple Watches available for purchase, with the options limited to the Apple Watch Series 3 and the more expensive Series 5. While the choice might be limited, Apple does offer smartwatch buyers the option to customize their device by adding new bands or cases. For example, this can transform the device from an athletic look to something that more closely resembles a designer brand. This level of customization not only benefits individual users looking to change up the look, but also marries well with the different use cases for the watch, such as the health-benefits associated with the Apple Watch.

Apple recently announced that it will be releasing an OS upgrade for its wearable smart device later in the year. The watchOS 7 update boasts a greater ability to customize the smartwatch, and especially in terms of health and wellness. For example, the Apple Watch is gaining the ability to track sleep and provide informed assistance when performing certain hygienic tasks, such as hand-washing. In addition, users can also further customize watch faces to better suit their individual needs.

The company designed the OS update to better support user health while also targeting the needs of the average wearer. Firstly, keeping track of sleep is one of the main changes and this can be a valuable asset to those who routinely struggle with sleeping, and further adds to the existing ways consumers can use the Apple Watch to reach their health goals, such as the heart-rate sensor and the calorie-burning tracker. Another new and notable feature is the hand-washing timer. In response to the COVID-19 pandemic, the Apple Watch will enforce proper hand-washing procedures by instituting a 20-second countdown timer when the app’s sensors and mic determine the wearer is washing their hands.

Another health and wellness-related part of the update considers the user’s ears. Essentially, the watch will attempt to help people avoid damaging their ears by notifying the wearer if their listening habits exceed the recommended weekly decibel limit. Likewise, the latest OS version also intends to help cyclists by providing them with easy to read map directions. In fact, even the customizable watch faces are being improved to help users stay healthy and active. For example, someone who wants to surf can have a related watch face let them know about the water’s swells or the temperature. Some of the other notable improvements include, translations and better processing of vocal messages by Siri, as well as new benefits for developers, and support for people in the clinical community.

While the latest watchOS upgrade does have plenty of real-world applications, it is important to mention that privacy plays a role. Apple has made sure to clarify that users can control the degree of information they share, while resting easier knowing that data is encrypted. Overall, the major takeaway with watchOS 7 is Apple’s clear intention on providing features geared towards user health.

Josh Goodrich’s journey began when he started posting content for the BuzzFeed Community page. He would often write about popular shows, pop culture and technology. After completing a series of internships, Goodrich wrote topics ranging from people fighting food insecurity to a review for an Elvis impersonator’s burlesque show. Goodrich, a graduate from the University of Pittsburgh, is currently based in the DC-area. You can probably find him where Björk music is playing. 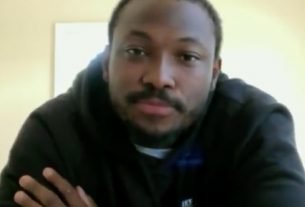 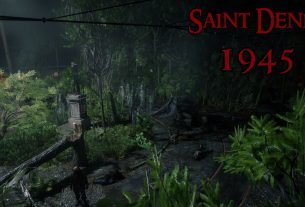