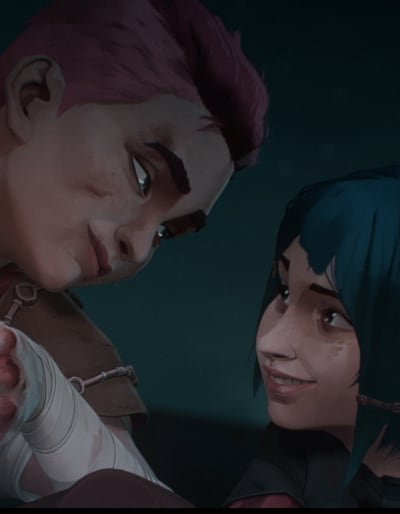 Full disclosure: I have never, ever played League of Legends or any multi-player online game. And if this series hadn’t come along, I would probably never have been tempted to log on.

In Piltover, Jayce and Viktor partner to harness magic with science, a goal never before dreamed of by the scholars of the Academy. In Zaun, we meet Vi and Powder, orphaned by war and growing up under the protection of Vander, once a great warrior, now an influential barkeep.

Nothing I have seen or read about League of Legends prepared me for the level of artistry and narrative poured into Arcane.

The opening scene of “Welcome to the Playground” is filled with the horrors of war and the trauma it causes to those who are unlucky enough to survive.

For several minutes, Powder’s child-soprano sings out over the gut-wrenching sounds of fighting and dying. When we finally see her, we realize Vi’s told her to cover her eyes and sing so she is spared the sights and noises of the battlefield.

It’s a devastating way to start a story — children who have lost nearly everything left with a man like Vander, who had nothing left to lose.

Thank goodness the mood picks up significantly after getting our first dose of the most rocking credits, soundtracked by no less than Imagine Dragons and J.I.D.

Powder’s eventual metamorphosis into the Zaun champion known to League of Legends (and Fortnite) players as Jinx is foreshadowed early when she (accidentally) sets off the explosion in Jayce’s Academy rooms.

From the moment that blue gemstone blows up, the action does not let up.

That’s not to say it’s all back-alley Zaun brawls, although there are plenty of those. 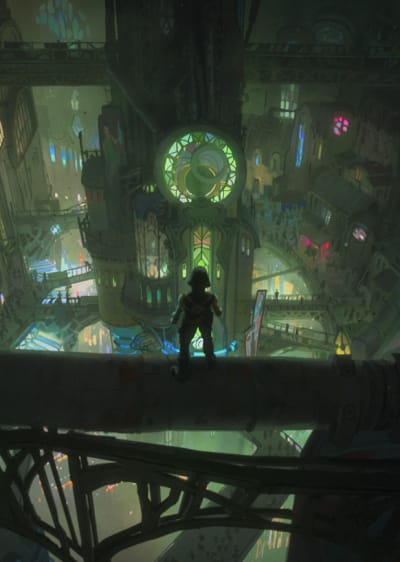 The action is three-fold: scuffles, secrets, and strategy.

Yes, there are fights, arguments, and tantrums. Vander’s Zaun gang is a family. Those are to be expected when people want more for their loved ones than they can provide.

They’re growing up, Vander. Looking to write their own story. You can’t protect them forever.

But then there are so many secrets. Jayce’s research has to be kept secret since studying the arcane, aka magic, is illegal. Vander has his secret agreement with the lead Enforcer, Grayson. Silco’s kept his survival secret for… reasons.

Beyond that, Vi tells Powder to keep the blue gemstones secret from Vander.

Secrets like that, much like the gemstones themselves, are very likely to blow up unexpectedly and with many casualties. 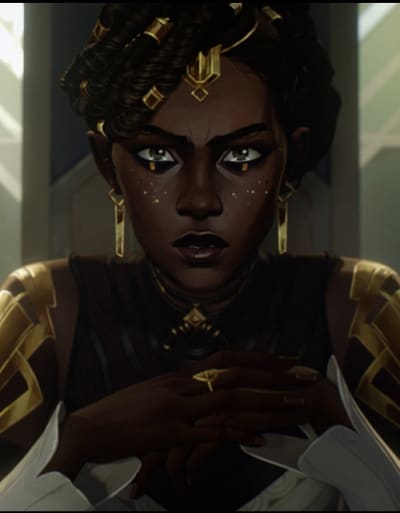 And that brings us to the strategy.

Mel Medarda is clearly the stealthy alpha on the Piltover Council. I’m not sure how her fellow council members don’t see that she’s pulling everyone’s strings, but it could be arrogance, willful ignorance, or both.

Toks Olagundoye is a voice talent to be reckoned with on top of being a straight-up solid actress. She’s all over my animated radar, and as Mel, she is ticking all the boxes for charisma, calculation, and cunning.

With Jayce’s star on the rise, I suspect she’ll come calling for her cut since her influence was key in sparing his life. 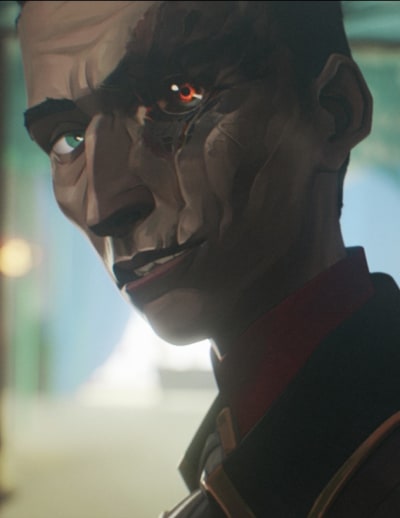 First, he sends Deckard’s gang, and then just a juiced-up Deckard to do his dirty work.

Even in the final showdown, he continues to send others out to fight his battles.

Ironically, the creepiest thing he does is give Powder that hug. Ugh… the kid’s already grown up traumatized and insecure. I shudder to think how twisted she’ll become with Silco as a mentor. 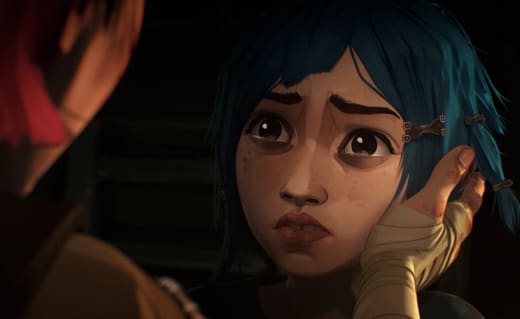 Beyond the jaw-dropping artistry and the natural yet dynamic movement, everything about Arcane’s first act is evokes the sense of watching a live-action production.

The animatics are simply stunning. Furthermore, the characters have been drawn so true to their voice actors’ visage that I have difficulty remembering that this is, essentially, a cartoon.

From the micro-expressions conveying unspoken sentiment to the small personal ticks and filler movements, these characters come alive in a way that is unlike any video game I’ve ever played.

Vi: I’m going. Are you with me or not?
Claggor: Vander’s going to kill us.
Vi: Yeah, only if we screw up. So don’t screw up.

And the relationships explored are complicated and genuine, just like real life.

Looking at the wiki on the Piltover/Zaun champions, I understand that the relationships to watch are Powder-Vi and Viktor-Jayce. 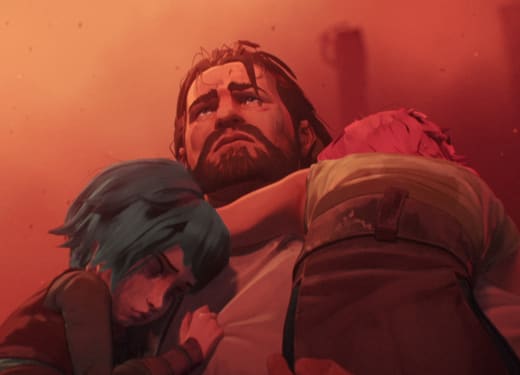 Act One focuses on the sisters, and it manages to show their relationship at every stage of emotion and stress.

It sets up a very probable future encounter and paints a bleak and heart-breaking adolescence for Powder as she becomes Jinx, champion of Zaun.

What becomes of Vi is unknown except that she is listed as a champion of Piltover.

What? How does that shake out? I find it unlikely that Marcus could successfully recruit her to fight for the topsiders.

Based on the trailer, we can look forward to more action, more magic, and more crazy twists as Jayce and Viktor find themselves in conflict over Hextech, Silco plots to put Zaun ahead, and Professor Heimerdinger might even throw down a bit?

What are your thoughts on this unlikely triumph of a series?

If you’re a League of Legends player, are you intrigued by this look at the world you’ve interacted in yourself?

How will these champions rise? Who are you excited about seeing next?

Hit our comments section with your most burning questions! 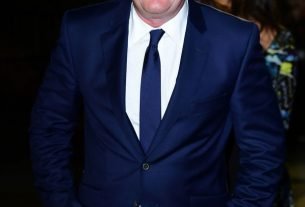 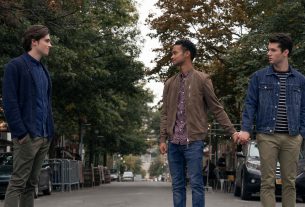