In 2015, Bachelor Nation watched as one of the franchise’s couples exchanged vows in front of the ABC reality hit’s cameras. But it didn’t feature a Bachelor of Bachelorette; it was Marcus Grodd and Lacy Faddoul, Bachelor in Paradise‘s sole engaged couple from it’s inaugural season that aired the previous summer.

In the season two premiere of BIP, Marcus and Lacy exchanged heartfelt vows in front of the new crop of contestants, all hoping to find what the couple getting married in front of them had found on the beach.

But less than one year later, the couple had called it quits, with Marcus going to the media to speak about their split and what caused the marriage to fall apart.

In an interview with Life & Style, Marcus claimed Lacy “totally vanished” and said “it feels like she’s a runaway bride.” Yep, he got ghosted by his reality TV bride.

But the most interesting revelation from his post-split interview was the fact that there was no need to file for divorce…because they were never actually married.

It turns out that their destination wedding on the beach in Mexico—with Chris Harrison officiating, of course—wasn’t legally binding.

“When we came back, we were supposed to start the paperwork,” Marcus explained, “but she stalled. “I feel duped.”

So did viewers in a sense, wondering what was the point of airing their wedding on the show when it didn’t turn out to be real? (And yes, we know reality TV often isn’t real, so spare the eye-roll.)

While Marcus and Lacy’s union ultimately didn’t work out (or even officially happen), many of the Bachelor in Paradise couples who have since gotten engaged and married on the show have actually, you know, taken the time to ensure their marriage was legally recognized. (Civil ceremonies are the only ones legally recognized in Mexico.)

To do that, U.S. citizens planning to get married in Mexico, they must have valid passports, tourist visas and fill out a minimum amount of paperwork. (Some states also require a blood test.)

So the rest of the now-hitched BIP couples simply have a legal ceremony in the U.S. before their dream destination wedding back at the set place where their love story began.

Season two fan-favorite’s Jade Roper and Tanner Tolbert had their nuptials filmed as part of The Bachelor at 20: A Celebration of Love special in 2016, just as the news of Marcus and Lacy’s split broke.

When Jade had changed her last name on her social media handles following their wedding, which took place in Southern California, fans asked if their marriage was actually legal.

“Yes, we’re legally married,” Jade responded, before joking Tanner is “stuck” with her.

For Evan Bass and Carly Waddell, season three’s sole married couple, the road to swapping vows on the beach in Mexico wasn’t as smooth as their BFFs Jade and Tanner.

The beloved couple’s wedding was definitely legit…it just almost didn’t happen after a scandal shut down production on the fourth season of BIP in 2017, just as Evan and Carly’s wedding was set to take place on set.

Initially intended to air as part of the new season and to be filmed about one week into filming, cameras stopped rolling, the cast was sent home, along with members of the production crew, as Warner Bros. launched an official investigation into allegations of “misconduct.”

Sources eventually told E! News some of the crew remained in Mexico to make sure Evan and Carly’s wedding still happened, despite not being sure there would even be a season of Bachelor in Paradise airing that summer.

“We were always going to get married,” Evan told The Hollywood Reporter of the ceremony happening amid the investigation. “Obviously if production was shut down, then it wouldn’t have aired, but the most important thing for us was to get married in Paradise.”

Friends, family and members of Bachelor Nation, including Ashley Iaconetti, Jared Haibon, Kaitlyn Bristowe, Nick Viall and others, all flew to Mexico to attend their Harrison-officiated nuptials, which did ultimately end up airing that summer when the show was cleared of any wrongdoing and production resumed.

And looking back, it may have actually been a blessing in disguise that the cast was not currently in Mexico filming the show to attend the wedding.

This summer, season five couple Chris Randone and Krystal Nielson‘s wedding served as a major event midway through the season, with the entire cast in attendance, a production decision the couple was not made aware of “until about a day or two before the wedding,” Chris revealed in their joint interview on The Ben and Ashley I. Almost Famous podcast.

“We thought we were going to be giving out date card to one couple to come down, so it was definitely a surprise factor and we knew there could be some situations taking place knowing that amount of people with that level of drama going on could interfere,” he explained.

Along with bringing along the sand from the beach, the cast did bring their drama to the wedding reception, with Chris and Krystal’s love story taking a backseat to the ongoing storylines, especially the confrontation between Derek Peth and John Paul Jones and the love triangle between Clay Harbor, Nicole Lopez-Alvar and Angela Amezcua (who served as a bridesmaid whose strut down the aisle in front of her ex-boyfriend stole the spotlight).

“We knew [the wedding] was going to be incorporated into an episode, not be a standalone episode,” Krystal said, “so it wasn’t going to be just about our wedding.”

So produced in fact that the couple ended up leaving their own wedding party early, with Chris saying “it felt like a rose ceremony” with former contestants in attendance trying to get on the show (with some even asking him for advice).

“There was an element where Chris and I were standing there and the room was totally empty and the cast was in their little corner for filming,” Krystal explained. “All of a sudden I looked around and my microphone was off and there were no cameras were on us and we were standing there alone. I was like, ‘This isn’t even about us. Let’s go, let’s get out of here.’ And we left.”

Chris, who stressed that he was “extremely grateful” to the show for their wedding, added, “In that moment, as happy as we were, we did feel a little bit down knowing that the night wasn’t over yet and we just felt like the night ended sooner than maybe it should have.”

The lack of control over one of the biggest events of your life is a major factor in the decision-making process for the franchise’s engaged couples. Because it aired as part of the 20th anniversary special, Jade and Tanner’s wedding served as a reunion, with many alums from the franchise in attendance who hadn’t even met the bride or groom.

I have not met Jade and Tanner, it’s really weird that I am at their wedding. I think it’s so weird!” former Bachelor Bob Guiney told E! News before the ceremony as there was a red carpet at the affair, before jokingly adding, “I have a best man speech for Jade and Tanner tonight!”

Handing over major decisions about the wedding to production ultimately proved too risky for Ashley I. and Jared, despite the fact that their proposal aired as part of Bachelor in Paradise‘s fifth season.

“It seems like Paradise weddings are the only ones they’re doing and we just wanted a wedding where we could invite as many people as we wanted and somewhere at home,” Ashley explained on Extra.

Their Aug. 11 nuptials went down in Rhode Island, Jared’s home state, without any ABC cameras present, though many alum and members of production helped round out the 180-person guest list.

So are Bachelor in Paradise‘s weddings and marriages real? Well, that’s really up to the couple.

Bachelor in Paradise airs Mondays and Tuesdays at 8 p.m. on ABC. 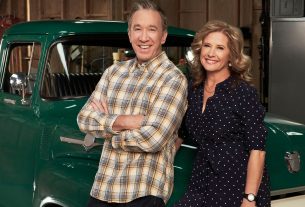 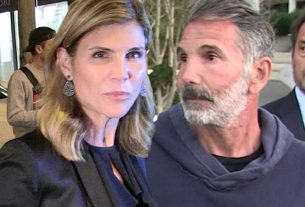