Soul singer Aretha Franklin has died at her home in Detroit after a reported eight-year battle with pancreatic cancer aged 76.

The performer, who became the first woman inducted into the Rock and Roll Hall of Fame, was diagnosed with the illness in 2010.

She announced last year she was retiring from music.

Aretha was known for major hits such as Respect and I Say A Little Prayer, and had more than 20 US number ones over the course of her career.

QUEEN OF SOUL: Aretha Franklin has passed away

Last year, Aretha gave her last performance at a gala in New York held in aid of the Elton John Aids Foundation.

The music legend began her career as a child, singing gospel at a church in her home state of Michigan.

LEGEND: Aretha is famed for her classic hits such as Respect and Natural Woman

In 1979, she received a star on the Hollywood Walk of Fame and had her voice declared a Michigan “natural resource” in 1985.

Tributes have poured in for the star online.

Barbara Streisand shared a snap of herself and the singing sensation.

She wrote: “This photo was taken in 2012 when Aretha and I performed at a tribute celebration for our friend Marvin Hamlisch.

ICON: Aretha won a total of 38 awards over her lengthy career

“It’s difficult to conceive of a world without her.

“Not only was she a uniquely brilliant singer, but her commitment to civil rights made an indelible impact on the world.”

John Legend added: “Salute to the Queen. The greatest vocalist I’ve ever known.” 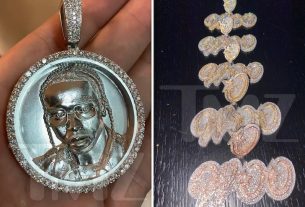 Ariana Grande Says I Won't Get Ripped Off By Photographers