The Queen of Rap Nicki Minaj and pop princess Ariana Grande have teamed up for a number of hit singles.

Who could forget Side to Side from Ariana’s album Dangerous Woman, or the collaboration with Jessie J, Bang Bang.

Recently they worked together for Ariana’s upcoming album Sweetener on The Light Is Coming.

But their latest project is Nicki’s song Bed – and it’s video could be the sexiest to ever grace YouTube.

Nicki is the star of the show, wearing a number of skintight outfits and swimwear in the tropical-set video.

QUEENS: Nicki Minaj and Ariana Grande have teamed up again

SIZZLING: Nicki Minaj struts around a pool in the sexy music video

The 35-year-old slips into a turquoise one-piece, which features a neckline that plunges to her navel.

In another scene, Nicki sits by a pool wearing a sheer white ensemble, which shows off plenty of sideboob and even more cleavage.

RED HOT: Nicki Minah writhes around on a bed in the video

She writhes around on the bed and flaunts her famous rear, rolling around as she raps about some raunchy alone time with her man.

Ariana sings the chorus and appears less than Nicki, but she makes her scenes memorable.

The 25-year-old wears a fur-lined white bra and knickers, with a lace cover up over the top.

She flips her trademark high ponytail around before teaming up with Nicki towards the end of the video.

BEACH BABES: Nicki and Ariana have teamed up a number of times

When the global superstars get together, Ariana opted for a plaid bikini, with high-waisted bottoms.

Meanwhile, Nicki went with a royal blue swimwear set and matching sunglasses as they strolled along the picturesque coastline.

They find a few guys and go and sit with them – but it’s clear Nicki and Ari are still the centre of attention.

Justin Bieber & Stephen Baldwin Hanging Out in Michigan without Hailey 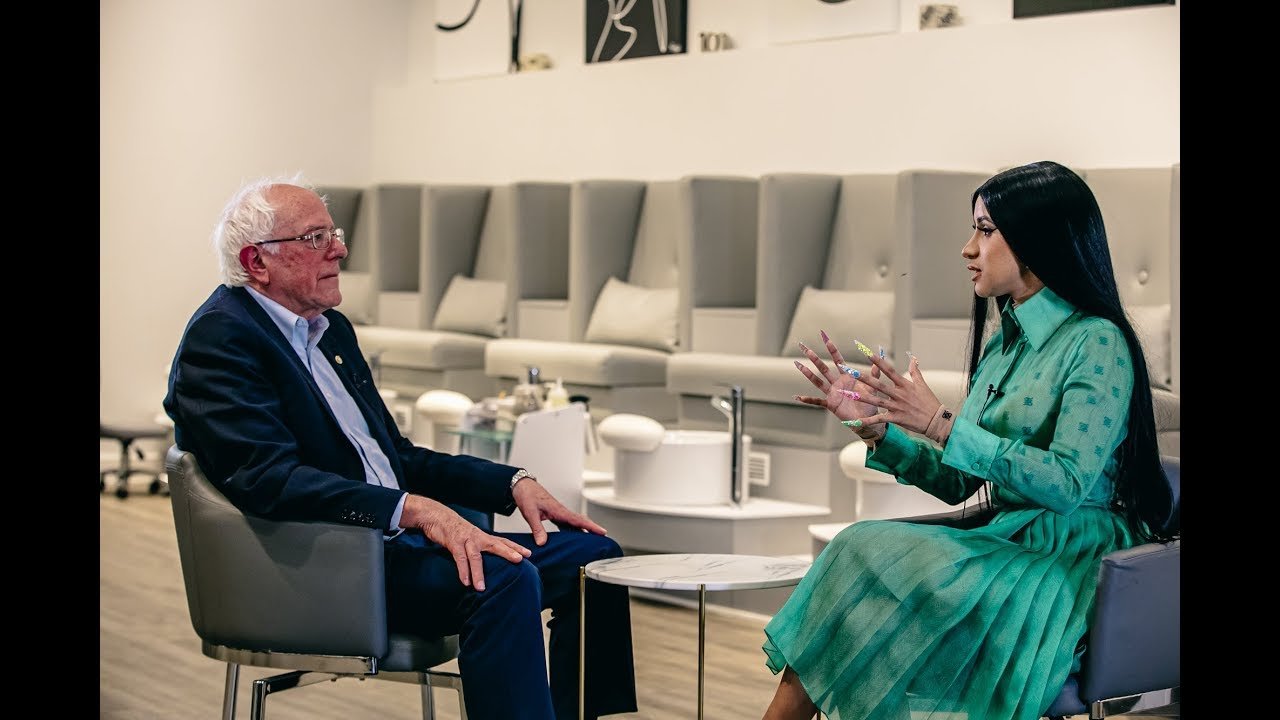 Cardi B Says She Wants to Become a Politician, Seems Serious