Ariana Grande sparked concerns amongst her fans earlier this week when she posted a series of sad tweets.

The God is a Woman singer had her supporters rally around her after writing comments such as “Can I please just have one okay day. Just one. Please.”

She also wrote: “Thank you for loving me so much I do not deserve it,” (this comment has now been deleted.)

Fans flooded the post to offer their support, with one writing: “It’s ok you feel tired or have bad days you are human. I know it looks like nothing’s going to be ok right now, but believe me, everything will be alright and you’ll be very happy you deserve it. Take your time and trust in the universe remember? Love you so much.”

“I know it looks like nothing’s going to be ok right now, but believe me, everything will be alright”

While another continued: ““Butterflies cannot see their wings, but the rest of the world can. You are beautiful and while you may not see it… we can…”

Seemingly uplifted by the outpouring of love she received from her following, Ariana took a tone, which was in stark contrast to that of the one she took on Twitter the previous day.

The 25-year-old songstress wrote: “Hello, I love you,” to her fans.

She then joked about the fun she was having at home, adding: “There’s actually nothing funnier than feeling all of the feelings while Doug and Frankie and blasting Mamma Mia in the kitchen.

“Like… nothing has ever been louder than what I’m overhearing right now.”

She concluded her tweets, thanking her followers for their support.

“Ok I love you, thanks for being my best friends. Have a good day.”

U-TURN: Ariana Grande seemed to have had her spirits lifted on Twitter (Pic: GETTY)

Ariana’s emotional display had come just weeks after the death of her former boyfriend Mac Miller, 26.

The 26-year-old rapper, who dated Ariana for two years, died from a suspected overdose.

The pair – who split in May this year – performed onstage together at the One Love Manchester concert after a suicide bomber killed 22 people at Ariana’s gig in the city, in May 2017. 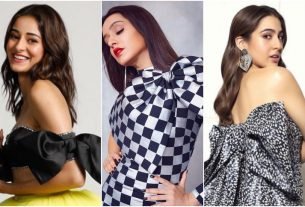