The Saturday Night Live star was labelled “disgusting” over the gag he reportedly made during a stand-up routine.

Pete, whose fireman dad was killed in the 2001 Twin Towers attack in New York, included the joke in one of his signature bad taste routines.

He said that Ariana, 24, must have realised just how famous she has become because “Britney Spears didn’t have a terrorist attack at her concert”.

Charlotte Hodgson, who tragically lost daughter Olivia Campbell, 15, in the attack, expressed her disgust at the joke to Mirror Online.

She said: “For anyone to joke about this situation is disgusting and I think he should publicly apologise for it.

“The families will find it equally as disgusting. We don’t need jokes about it, there have been plenty around, and it’s heartbreaking to hear every day.

“But for someone so famous to be doing it and now to be with Ariana, it’s outrageous. I think she would be horrified too.”

Jade Clough, 30, who survived the suicide bombing, added she was “shocked” by Pete’s joke.

Pete is said to have made the joke at the Laugh Factory in Los Angeles five months after the attack on May 22, 2017.

Ariana Grande revealed that she has got a bee tattoo last month – a symbol synomous with Manchester.

In the post, which she shared with her 122 million followers on Instagram, she simply write “Forever” followed by a thought bubble emoji.

Zendaya Is Absolutely Euphoric About Her Two PCAs Nominations: See Her Adorable Reaction! 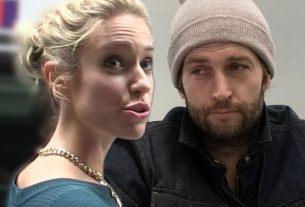