Fans are waking up to the sweet sound of Ariana Grande‘s new music.

The star’s fourth studio album, Sweetener, has officially been released and it’s clear this songstress’s heart is full and that she’s embracing the light and counting her blessings. Of course, in the midst of her headline-making romance with Pete Davidson this summer, the album is stuffed with references to her future husband and the course of their relationship.

But, that’s not all. The star leaves no stone unturned as she also serenades fans with verses seemingly alluding to her ex Mac Miller. Beyond her love life, the star ventures deep within with tracks about her anxiety, her pride in her success (“It feels so good to be so young and have this fun and be successful“) and rising up in the aftermath of the 2017 Manchester Bombing. Overall, she wanted to take her music somewhere she hadn’t gone before.

So, what does Grande sing about in her new home? Allow us to break it all down:

One thing is quite clear: Ariana is a woman in love. From “R.E.M.” to “Sweetener,” the star chronicles falling in love with Davidson, the man who comes through her life “like the sweetener you are.”

“Excuse me, um, I love you/I know that’s not the way to start a conversation, trouble/I watch them other girls when they come and bug you/But I felt like I knew you, so I just wanted to hug you,” she sings on “R.E.M.,” seemingly a reference to the fast feelings she had for the comedian following a years-long crush.

“But you are not a picture, I can’t cut you up and hide you/I’ll get you out my mind, mhm, I tried to/But I just want to stand and yell/I will never dare to tell/Think I heard some wedding bells, shh, keep it to yourself/Is this real? (Is this real?),” she continues with a musical hat tip to the fact they both wanted to marry each other as soon as they met.

“I’m tryna turn two single people into a couple/What’s your next month like? Tell me what you’re up to,” the song continues, a possible nod to their breakups with their respective exes shortly before they started dating.

In “Blazed,” she further croons about the luck of meeting her man.

“I can’t believe that you are here, I can’t believe it’s happening/What are the odds that you’d appear?/The universe so vast to me/Seven billion is on the Earth/Could’ve been anywhere, but you’re here with me/Should I play lotto/What’s it worth?/I must be on, so clear to me,” the song goes.

She very clearly lays out her love for Davidson in the track she named for him and wrote shortly after they started hanging out. “I just made it and I sent it to him and I didn’t know what to call it, so I just called it ‘Pete.’ It was going to be that or like, ‘This Is About Pete Davidson,'” she told Jimmy Fallon. “I was like why not just be direct?”

“Music lasts forever,” she tweeted to fans of the song. “It’ll outlive any tattoo, any memory, any anything, even myself so i want my love for him and how i feel to be a part of that.” On the track, she again references her gratitude to the Universe as she drops a sweet label for him.

“Universe must have my back/Fell from the sky into my lap/And I know you know that you’re my soulmate and all that/I’m like ooh, ooh/My whole life got me ready for you.”

The star also seemingly addresses what she previously described as her “toxic” relationship with Miller, who she dated for years, on the track, “Better Off.”

From the sound of it, she alludes to his heart not being fully in the romance and sings that she’s “better off” being single and without him.

“Steering clear of any headaches to start/And if we’re being honest/I’d rather your body than half of your heart/Or jealous-ridden comments/That come when you let in them feelings that I don’t want,” the song goes.

Initially, the star wasn’t going to include the song on the new album. As she explained on Twitter, “[because] at first i was nervous about like……. it coming true. if that makes sense. more honest than i was ready to be w myself at the time (its [very] old). but it’s beautiful and has always been one of my favs and i’m very happy she’s on there.”

Grande also gets personal in regard to her own struggles with anxiety and her fears following the Manchester Arena bombing in May 2017.

“It’s about anxiety,” she told Fallon, describing moments when she felt like she couldn’t get a full breath. “I was having lots of [anxiety attacks].”

Further, on the last track of the album, “Get Well Soon,” she chronicles her inner dialogue.

“My life is so controlled by the what if’s/(Girl, what’s wrong with you? Come back down)/Is there anybody else whose mind does this, mmm?“

“It’s all the voices in my head talking to one another,” Grande previously explained to Elle of the song.

“Isss ab my anxiety,” she tweeted to a fan who asked her about the song. “I felt like i was floating for like 3 months last year & not in a nice way. like i outside my body? was v scary and i couldn’t breathe well. so it’s ab that. & lots of voices in my head singin. i hope it comforts ppl who hear it pls.”

The songstress has previously talked openly about the anxiety and PTSD she suffered in the wake of the Manchester Bombing.

She further paid tribute to the victims with a 40-second moment of silence at the end of the song, making the track’s total running time five minutes and 22 seconds—the date of the tragedy.

The 8 Week Booty Workout With Videos And Nutrition Plan 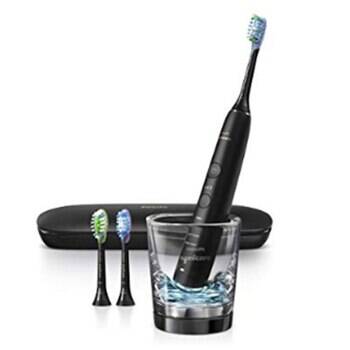 14 Amazing Cyber Monday 2019 Deals You Can Actually Get Now 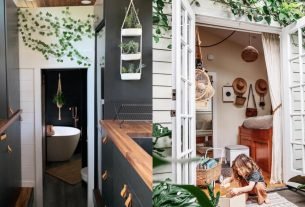