Whatever you’re up to, Elseworlds, we’re here for it.

The CW released a new promo for this year’s epic superhero crossover during Monday’s episode of Arrow, and it turns out that Stephen Amell and Grant Gustin aren’t just switching suits. They’re switching entire identities.

We can only imagine what world Barry-as-Oliver is currently living in. Hopefully he’s not still in prison in the alternate world of the crossover, which will not only feature Grant Gustin as the Green Arrow and Stephen Amell as the Flash, but will also feature Batwoman (Ruby Rose), Superman (Tyler Hoechlin), Lois Lane (Elizabeth Tulloch) and a whole host of other crazy things like Arkham Asylum doctors and wives of supervillains.  John Wesley Shipp is also set to reprise his role as the Flash from the ’90s show, so we actually have no idea what’s happening.

Everything we do know can be found below, but like don’t feel bad if you’re watching that trailer a few more times, or if you’re throwing whatever device you’re reading this on right out the window after witnessing it. There’s gonna be a lot of feelings mixed up in this crossover, and it’s either going to be fun or insane. Or both! Hopefully both.

Um!! Stephen Amell shared the poster on Twitter the the caption, “My name is Barry Allen and I am the fastest man alive.” What!

One of the first things we ever knew about this year’s crossover was that we’d be meeting Katherine Kane, also known as Batwoman. She’ll first appear in the crossover before potentially starring in her own CW pilot, becoming one of TV’s first lesbian superheroes.

In early August, it was announced that Australian actress and Orange is the New Black and The Meg star Ruby Rose will be taking on the role. Rose then had to leave Twitter after online harassment criticizing the casting.

While we haven’t yet heard if we’ll be meeting Batman himself, we do know that we’ll get to venture into Gotham City for the first time in the Arrowverse during the crossover.

Last season, Arrow confirmed the in-universe existence of Batman and Gotham City with a little shoutout to Bruce Wayne, so it doesn’t seem like a glimpse of

This year’s crossover marks the first time the event has begun on a Sunday (now that the CW has returned to programming Sundays), beginning on Sunday, December 9 with The Flash. It will continue on Monday, December 10 with Arrow and ends on Tuesday, December 11 with Supergirl.

Tyler Hoechlin will reprise his Supergirl role as Superman/Clark Kent for the crossover. He previously appeared in four episodes of the series last year, but hasn’t been seen since the second season finale when he declared that he’s motivated in every fight by his love for Lois Lane, which makes it extra special that on the crossover, he’ll be joined by…

The CW announced that the crossover will also serve as the Arrowverse debut of Lois Lane, for whom casting has just started.

We’ve already met Lois’ younger sister Lucy, played by Jenna Dewan, and her father Sam, played by Glen Morshower, and we’ve heard quite a bit about the woman herself, but have yet to actually meet her.

“We couldn’t be more excited to introduce Lois Lane to the Arrowverse,” said Supergirl EPs Jessica Queller and Robert Rovner. “This dogged, determined and brave reporter will make for a strong partner to Superman and amazing addition to our universe of DC characters.”

The iconic role of reporter Lois Lane goes to Elizabeth “Bitsie” Tulloch, who most fans will know from the NBC show Grimm. She’ll play opposite to Tyler Hoechlin as Clark Kent/Superman.

Cassandra Jean Amell, who just so happens to be the wife of Arrow star Stephen Amell, will play Nora Fries in the crossover. Nora is the wife of Mr. Freeze, but there’s no word yet on who (if anyone) will play Mr. Freeze himself.

The Doctor Is In

Jeremy Davies has been cast as Dr. John Deegan, a doctor at Arkham Asylum for the Criminally Insane in Gotham City “but he might be crazier than the inmates he treats.” It sounds like he may provide the catalyst for the crossover, since it’s his “machinations” that draw Green Arrow, The Flash, and Supergirl to Gotham City.

The CW revealed the three-show crossover will have “Elseworlds” as its theme. Eleseworlds is an imprint of DC Comics for stories that take place out of canon.

LaMonica Garrett will play Mar Novu, a powerful extraterrestrial being known as the Monitor. The Monitor was created by Marv Wolfman and George Pérez as part of DC Comics’ 50th Anniversary.

Superman is here, but something looks…different. Hoechlin appears to be wearing the iconic black suit that Superman donned after he was resurrected in the comics. The recent Justice League movie famously didn’t include the suit when Superman (Henry Cavill) returned from the dead, but at least The CW has us covered.

Both Stephen Amell and Tyler Hoechlin posted the pic, with Hoechlin captioning it, “Back in black. Here we go again…”

After the world went nuts over the poster, Stephen Amell started having a lot of fun on Instagram, sharing pics like this one which he captioned, “One does not simply walk in The Flash suit.”

This just feels so…wrong. Elseworlds is freakin’ us out already.

This is never not going to be weird, and apparently it was a bit weird for Gustin as well.

“Not that this Arrow costume isn’t incredibly comfortable, but I’m pretty jealous that @stephenamell is wearing my Flash suit in a picture with @johnwesleyshippjr wearing his OG Flash suit,” Gustin captioned this pic. “WHAT’S GOING ON!?”

A commenter summed it up pretty well by writing: “I dunno what’s going on, you’re the one on the show”

So many Flashes and none of them are the regular Flash. Does your brain also hurt thinking about this crossover?

“Crispy! To be handled with surgical gloves only,” Shipp warned.

Amell captioned this grinning Flash photo with “I’m really tired, but here’s the crossover in a nutshell.” That smile bodes well then, doesn’t it?

With little to no explanation other than a couple exploding heads (his choice caption for most of his crossover pics), Amell posted a pic with Colin Donnell, who starred back in the first few seasons of Arrow as Tommy Merlyn before he tragically died. Donnell returned in last year’s crossover as an alternate version of Tommy, so could he be back once again?

Donnell’s caption didn’t give much more info, but did at least confirm there’s a question to ask: “Well this is…interesting huh?”

No Smiling for Batwoman

This is the photo that made us truly wonder if Ruby Rose can move her face in her mask, because how else could she resist matching Melissa Benoist’s grin?

Two Kryptonians and a Journalist

Kara, her cousin Clark, and his girlfriend Lois got together for a family pic on the Kent family farm, which appears to be the same Kent family farm used in Smallville, because there wasn’t already enough going on in this explosion of superheroes.

“Two kryptonians and a journalist walk into a crossover…” Melissa Benoist said of this soon to be iconic photo.

The new adventures of The CW’s new Lois and Clark.

The crossover begins on Sunday, December 9 at 8 p.m. on the CW. 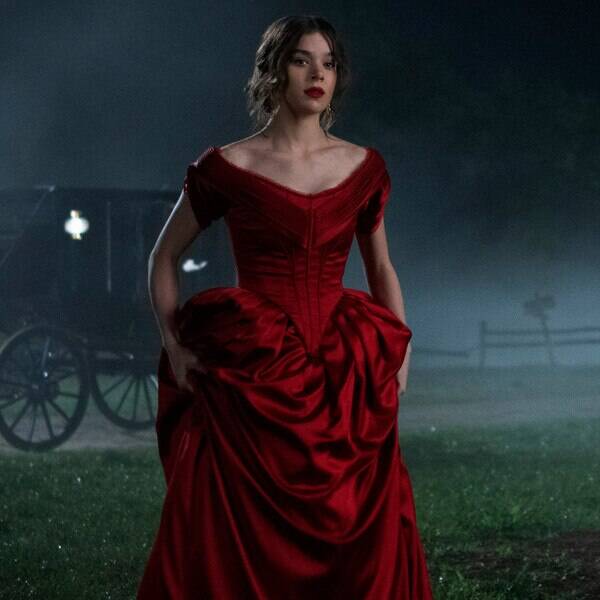 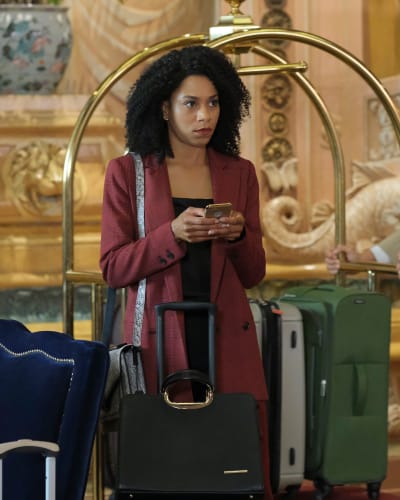 Grey’s Anatomy Sneak Peek: Richard Becomes a Meme as Grey Sloan Tries to Save His Life!

Who Wants to Be a Millionaire? host Jeremy Clarkson SHOCKS with naked outburst