Ashanti ﻿is giving 50 Cent a taste of his own medicine after he dissed her hard on social media — labeling him a social media bully while using one of his least favorite nicknames!

We got Ashanti Thursday at LAX, and asked her about Fiddy’s latest attack over a concert she recently canceled due to low ticket sales. If ya missed it, he said … “Do basement parties then it can still feel like it’s lit.” Trolling. It’s definitely his thing.

Aside from saying he’s 100 percent a bully, Ashanti put a nice twist on her rebuttal … refusing to call him 50 Cent. Check out the vid — she threw major shade with a title referencing an old rumor about the G-Unit boss being a snitch.

Here’s the thing … Fiddy deleted his posts about her concert, but after this clip — we smell a fresh meme coming with Ashanti’s name on it. 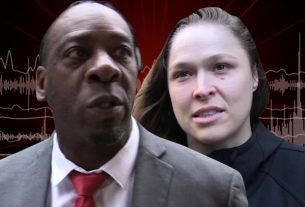 21 Times Rosalía Perfected the Art of Fierce and Fabulous Fashion