Actress, producer, and writer Ashley Benson has a new title to add to her résumé: entrepreneur. While Benson may be known for her on-screen work in the hit series Pretty Little Liars and in films such as Spring Breakers, she has a new project under her belt.

Benson’s latest passion project is her fragrance line, Ash by Ashley Benson. Ever since she was a teen, Benson has been obsessed with fragrances and mixing and matching scents. “Fragrance, for me, has just always been something that I’ve personally made for myself,” she says. In the latest episode of Who What Wear With Hillary Kerr, Benson shares the catalyst behind her own fragrance line, the inspiration behind her two scents—New York and Paris—and how she’d dress for various occasions in each city.

For excerpts from the episode, scroll below, and to hear the entire conversation, make sure to tune in.

You just launched your own brand, Ash by Ashley Benson. There are two signature scents. One is based off of New York, and one is based off of Paris. There are so many different categories in this world if you are interested in being an entrepreneur—why fragrance for you?

Fragrance, for me, has just always been something that I’ve personally made for myself. I always had a signature scent, and it could be so many different perfumes or colognes or oils or lotions that I combined for years. Going back to mid-teens, I would do that because I love scents. I always pay attention to what people smell like because I just like to smell good. I never wanted to smell like everybody else though. I always wanted to make it my own, so I started doing that. All my friends were always like, “You smell so good. What are you wearing?” I wouldn’t tell them what I was wearing because I didn’t want them to smell like me, because it was so unique. I just had a nose for specific scents, and I’m very into incense and candles.

I think scent is a very personal thing. I feel like they [fans] can kind of understand me as Ashley and not Ashley as the characters they’ve seen I’ve played. It was a very fun project the last two years exploring how we would do this whole thing, and now, it’s out, and I’m really excited.

I would normally say New York because I also live there and I walk all the time. A walk in the park, I feel like it’d be Paris for me because I don’t live there. I think it’s way more special. I would probably wear a pair of jeans, flat boots that are comfortable, a trench coat, sunglasses and have a croissant in hand and a coffee or baguette or a bottle of wine and just sit in the park and have myself a little cheese plate and wine.

What about if you were going to the theater?

I would say New York. A little bit more dressy. … Dress pants and a pair of heeled boots with a turtleneck and a trench.

What about to a concert? Which city does it better, and what would you wear?

What about a dinner date?

Paris and I think I would wear heels. Maybe a silk slip and a nice overcoat on top.

This interview has been edited and condensed for clarity. Next up, check out our previous episode featuring stylist Alejandra Hernandez. 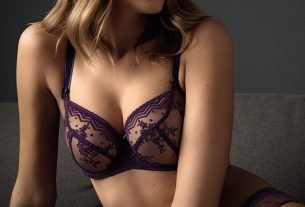 The Ellen Bra by Empreinte Lingerie 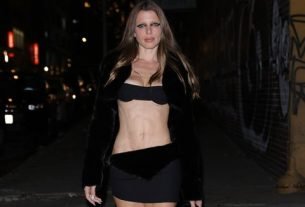 LaQuan Smith Made Me Want to Strut Like a Model