The Celebrity Big Brother starlet took to Instagram to upload one of her hottest snaps ever.

Never one to shy away from flashing the flesh, the reality star slipped into a sinfully slashed lingerie set.

Leaving almost nothing to the imagination, Ashley’s bra was completely frontless leaving her naked assets on show.

However, allowing the blonde babe to keep something out of shot, Ashley’s nipples were covered with two red leaves.

The 31-year-old captioned the shot: “I’m passionate about sharing the best lingerie and BlueBella have kindly agreed to gift a set of choice to one of you.

“They bring the sexy into lingerie, which is something which certainly didn’t exist when I first grew boobs above a D-cup.”

Within minutes the post was flooded with thousands of likes and messages of adoration.

“Now that is what I call a stocking filler,” one fan wrote.

Fans of Ash will be in for a bumper December after the DJ revealed the suggestive snap is part of a sex-filled countdown to Christmas.

Each day, Ashley will be posting a bikini or lingerie-clad snap as part of her own saucy Advent calendar. 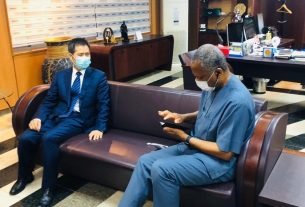