The chart-topping duo, who performed alongside X Factor judge Nicole Scherzinger in the hit girl group, bumped into each other at charity gig for pop sensation Anne Marie.

Held at central London venue Omeara, the concert was part of War Child’s BRITs Week together with O2.

Looking happier than ever, Ashley and Kimberly beamed away as they posed for snaps together before taking their seats.

Dressed in an bold red sports jacket and a matching statement lip, Ashley, 37, made sure all eyes were on her as she posed up a storm.

Keeping things causal, the former I’m a Celebrity… Get Me Out of Here! contestant teamed the look with classic blue jeans.

Making her eyes pop, Ashley completed her look by scraping her blonde locks behind her ears and applying heavy eye makeup.

BOLD: Ashley Roberts opted for a red sports jacket for her night on the town (Pic: PH)

ON ICE: The Pussycat Dolls have no plan for reuniting (Pic: GETTY)

Speaking frankly at the end of last year, fellow Doll and current Dancing On Ice star Melody Thornton said a PCD reunion would be a ‘nightmare’.

Chatting to The Sun on Sunday, Melody, said: “I’m not the same at 34 as I was when I was 24, so the idea of getting together again sounds like a nightmare.”

A source last summer told the publication: “Although no agreement had been reached, all of the original girls were up for reuniting and they were just figuring out how it would work.

“But then Robin put out a casting call for this new group last week and it came as a complete surprise for the girls.”

COUNTDOWN: The War Child and O2 gigs have marked the countdown to the BRITs (Pic: PH)

This year the official BRITs red carpet will be streamed live on Facebook.

The carpet will open at 4.30pm and will be hosted by Made In Chelsea star Jamie Laing and BBC regular Yasmin Evans.

Meanwhile, the international YouTube Live Stream of the show will be fronted by US entertainer and YouTube favourite Todrick Hall and Strictly Come Dancing babe Vick Hope. 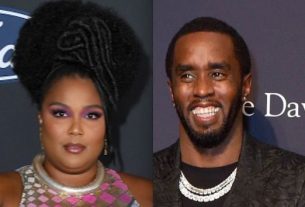