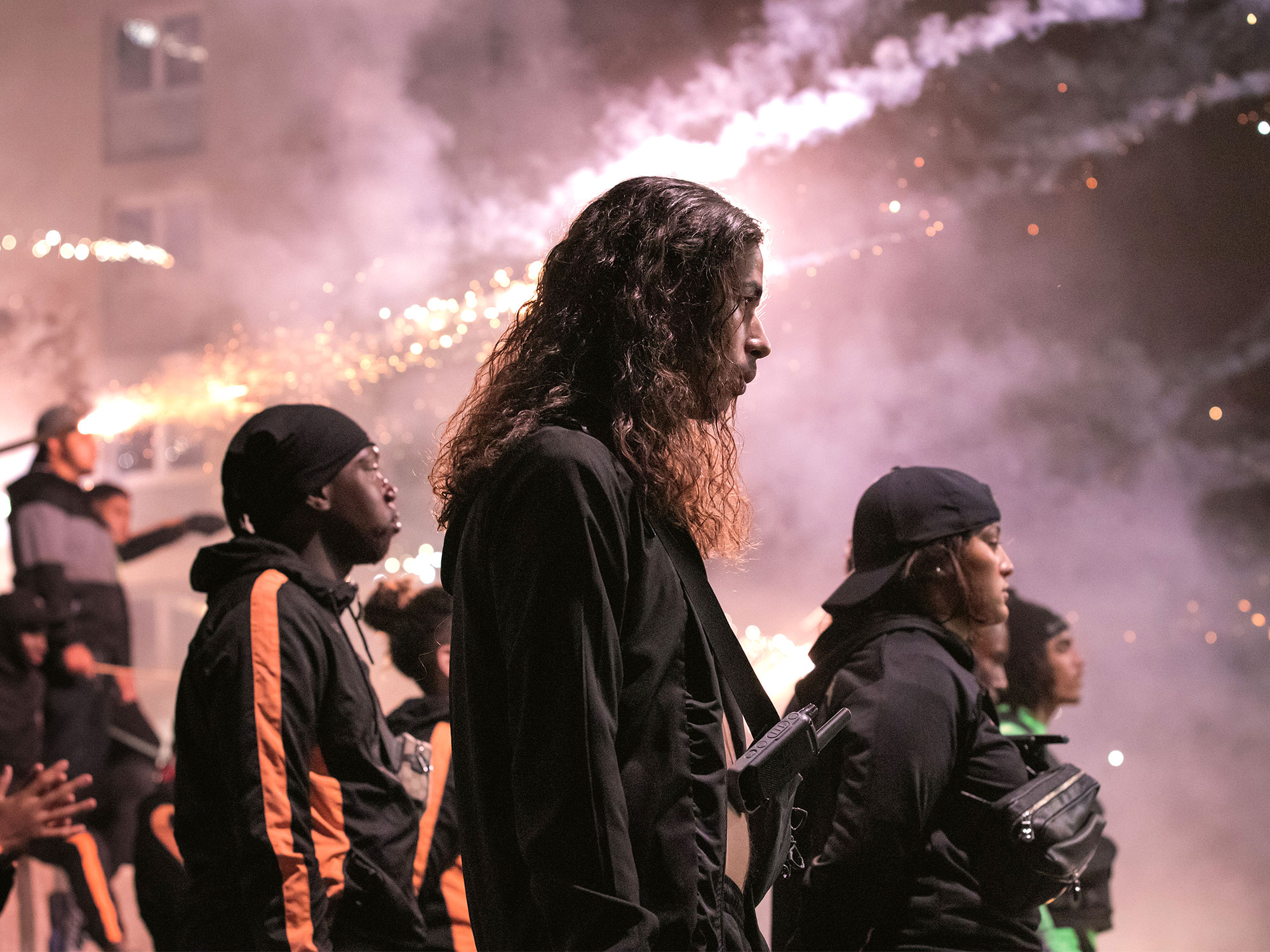 Tensions flair between a group of angry protesters and the police in Romain Gavras’ stylish but frustrating action-drama.

In Greek mythology, the goddess Athena was the ‘Helper of Heroes’ – she aided Perseus and Heracles, and most notably, guided Odysseus on his 10-year voyage back to Ithaca. In Romain Gavras’ Athena, the monicker is given to an impoverished housing estate which becomes a battleground for protests and police after the death of a young boy – apparently at the hands of the law – sparks a long-gestating reckoning.

Abdel (Dali Benssalah) is caught between a rock and a hard place. A military man, the victim was his youngest brother, and his death has devastated their family, particularly hot-headed third sibling Karim (Sami Slimane) who is outraged that the police refuse to name those responsible, even though the murder was caught on video. After a disastrous press conference, Karim and his friends storm a police station, make off with a load of riot gear, and barricade themselves in the tower block where they live. They refuse to come out until the police name the murderers.

Rookie cop and father-of-one Jérôme (Anthony Bajon) had nothing to do with the murder, but he becomes caught up in the violence as he’s taken hostage by Karim’s gang. Meanwhile, the news reports that Sébastien (Alexis Manenti), a wanted terrorist, is aiding the group, and Abdel and Karim’s eldest half-brother Moktar (Ouassini Embarek) needs to shift his drug and money stash before the police rock up.

It’s the sort of high-octane drama we’ve come to expect from Romain Gavras, who made his name creating vivid music videos for the likes of M.I.A and Jay-Z before bursting onto the film scene with his gangster thriller The World is Yours. For Athena, he collaborates with Ladj Ly and Elias Belkeddar on a screenplay that owes much to Ly’s gritty Cannes breakout Les Misérables.

Given Gavras’ music video background, it’s no surprise that Athena is a stylish affair, with cinematographer Matias Boucard framing the dramatic scenes of violence as though they’re Eugene Delacroix paintings. A choral-infused score and religious iconography frame Karim’s movement as a crusade, and given the history of police violence against civilians around the world, it’s easy to understand what has driven Karim to such a desperate place, where the only option seems to be fighting fire with fire.

Yet the knotty politics of Athena are also its downfall, as the script meanders towards an unconvincing middle ground, seemingly suggesting that the real enemy is not the institution of policing, but the rise of the far-right. While true that a global rise in fascist politics and beliefs has contributed to further divides within society, it feels as though Athena fails to recognise that some of these beliefs are shared by the people entrusted with enforcing law and order, instead choosing to pass the blame to an unseen far right bogeyman – and that’s without even considering the well-documented institutional corruption within policing itself.

It’s an action drama that aims to shock with its bracing sound design and impactful visuals, but its politics feel muted and tentative, which prevents Athena from having the strongest impact possible. By the end all that resonates is a sense of loss, rather than injustice, and increasingly the “good guys on both sides” argument feels hollow when accounts of police brutality are hardly in short supply. 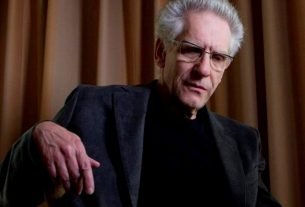 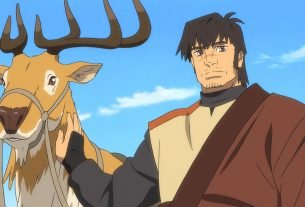