Dante Basco wants to play an X-Men character when the MCU reboots the team. Basco is most known for voicing the firebender Zuko on Avatar: The Last Airbender, which was on Nickelodeon for three seasons from 2005-2008. Basco has continued his acting career and appeared in a few projects every year since Avatar ended in 2008, and even returned to the franchise to voice General Iroh in The Legend of Korra.

While Avatar: The Last Airbender is currently experiencing a new wave of popularity due to the series’ arrival on Netflix, the same can’t be said the X-Men franchise. Fans are still waiting to see the long-anticipated The New Mutants, but the most recent addition to the X-Men franchise, Dark Phoenix, left fans disappointed. Disney now owns the IP to the X-Men characters however, meaning they will soon be introducing the famous superhero team to the MCU. In fact, at last year’s San Diego Comic-Con, Kevin Feige confirmed Marvel would incorporate mutants in its evergrowing cinematic universe. When Disney does start casting the X-Men however, they can call on Basco to play a character.

Related: Marvel Has Big Problems Introducing The X-Men To The MCU

Basco recently sat down with Comic Book Movie to talk about Artificial: Remote Intelligence, a live-streamed interactive series on Twitch. When asked about what superhero roles he’d like to play, Basco revealed that he’d like to join the X-Men universe as either Wolverine or Nightcrawler. Basco’s full comment from the interview can be read below:

“You know I’d love to voice or act in X-Men. Being a person of color growing up, the stories always rang true to me that mutants aren’t outcasts but instead to focus on what makes them special. Something in the X-Men world would be great. I was a big fan of Wolverine, of course, like everybody else. But I’m also a big fan of Nightcrawler. I love seeing the different iterations and I’m curious to see what happens now that Disney bought FOX and they got the IP back.”

Despite Avatar: The Last Airbender being off the air for over a decade, the cartoon still has a huge fanbase, with people always interested to talk to the Avatar voice actors. With Basco already being apart of one popular franchise, he would likely be a fan-favorite choice for an X-Men character depending on which role he was campaigning for. There’s no way of knowing who will be cast, or even which X-Men characters will be included in the MCU, but Basco, in general, has the potential to exceed in a live-action X-Men role.

More: Avatar: Why Zuko Lost His Firebending In Season 3 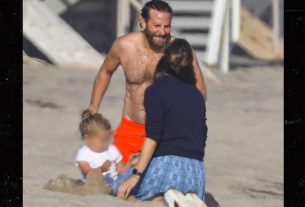