Mad-Titan Thanos is headed for Earth as he tries to collect all six Infinity Stones, with one being embedded in Vision’s forehead.

Fan favourites Black Panther, Iron Man, Captain America and more are set to make one last stand for the universe in a bid to stop their strongest enemy yet.

Now, Marvel Studios have shared another teaser for the epic team-up movie.

This time around, we’ve FINALLY been treated to a new glimpse of Black Widow (Scarlett Johansson) as she faces Thanos’ henchmen, The Black Order.

In the TV spot, Widow, aka Natasha Romanoff, confirms she’ll murder if she has to.

FIERCE MESSAGE: “We don’t wanna kill you, but we will’

The bombshell says: “We don’t wanna kill you, but we will.”

We then see Widow going toe-to-toe with what appears to be Corvus Glaive, while Wanda Maximoff/ Scarlett Witch (Elizabeth Olsen) watches on.

The remainder of the clip is footage we have already seen, so fans will be thrilled to see more one of the founding members of The Avengers.

Replying to the new video, fans couldn’t keep their cool, with one writing: “Don’t pick a fight with Black Widow.”

“We don’t wanna kill you, but we will”

Another wrote: “Black Widow saying, ‘We don’t want to kill you, but we will’ in her most quietest, sweetest voice possible is the level of savagery I aim to achieve.”

Black Widow fans are curious to see how the character will evolve, with the most obvious part of her new arc involves her brand new blonde locks and new costume.

Speaking to reporters during a set visit last year, Johansson said: “Joe and Anthony [Russo] really wanted our characters…wanted us to, kind of, feel like it had just been a period of time when we were both, sort of, under the radar just like different.

“I think that red hair is a, sort of, signature of Natasha. They just wanted us to look different. So for me I thought, ‘Alright well maybe I’ll give a wink and nod to the other Widow’s story that have been out but with her.'”

Chris Evans, who plays Captain America added: “It’s always felt like Natasha uses her cynicism as a defense mechanism. She weaponises it for survival.

“I think Steve is a little newly calloused in the ways of the world. But Natasha is always going to be a couple steps ahead of him in terms of experience and knowledge.

“They’ve leaned on each other for different reasons. It’s reinforced the friendship.” 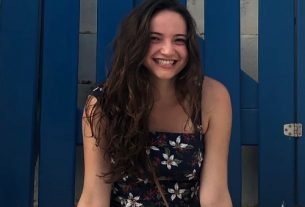