The Coronation Street cast members, who play Nicola Rubinstein and Imran Habeeb, have promised to remain good friends as they are still on screen together, according to The Sun.

“Nicola’s brief departure from the soap earlier this summer put a strain on their relationship, even though she’s returned to the cobbles now.

“They’ve decided to remain pals – although they aren’t hanging out as much platonically as they did before they were a couple.

“As long as it doesn’t get awkward at work they’re happy, that’s their main concern, they also won’t be flaunting any new partners in front of each other, they plan to be very professional.”

The pair had been close friends for ten years before deciding to give their romance a go but called things quits at Christmas.

LOVED UP: Nicola posted a number of romantic snaps with Charlie (Pic: INSTAGRAM)

Nicola recently returned to the soap after moving to Bristol with Gary Windass’ son after they had a one night stand last year.

She had decided to exit after the murder of her killer father Pat Phelan (Connor McIntyre), who wreaked havoc around the cobbles.

Meanwhile Charlie plays suave lawyer Imran, who has certainly left an impression on the ladies during his time on the soap.

SPLIT: Nicola and Charlie have reportedly called it a day (Pic: INSTAGRAM)

She told The Sun: “Let’s just say I get very, very jealous of Charlie because Georgia [Taylor, who plays Toyah] and Jane [Danson, who plays Leanne] and are absolutely gorgeous. He’s a lucky man.”

Corrie continues on Monday at 7.30pm on ITV.

Why The Bachelor’s Peter Weber Still Lives at Home, According To His Mother 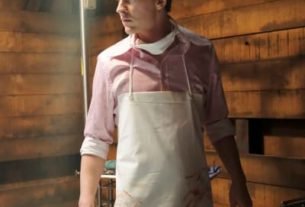