Oh, Ronnie. While viewers are no stranger to his relationship troubles, as his domestic drama with girlfriend Jen Harley practically dominated both seasons, since cameras stopped rolling on season two, things have only managed to intensify for the parents of young Ariana Sky. The couple spent the summer “back together,” with a source telling E! News, “They want peace and they want things to work out for the baby’s sake.”

But by October, they were once again accusing the other of violent and vicious behavior, with Ronnie filing a battery report against Jen as he shared a photo of himself with a black eye on social media. Responding to a comment about the accusation on her own Instagram, Jen wrote:”I don’t post my s–t on IG lol. He’s lying. I’ll prove it again with the car thing I can’t deal with a drug addict anymore it’s getting so out of control [sic].”

Despite the tension, the couple was photographed spending the day together in Miami mere days later. “Friends are unsure as to what the status of Jen and Ronnie’s relationship is at the moment,” an insider told E! News at the time. “They have always been on-and-off with each other because things are so volatile between the two of them, but they’re ultimately brought back to each other because of their daughter.”

Things were quiet through the turn of the year, until a fight on New Year’s Eve led to another split. “They got into a huge fight and she threw something at his head,” an insider told us. “They are a mess. At this point, they even laugh about it.”

After the two accused the other of burglary (Ronnie was a person of interest in an incident at Jen’s home) and domestic battery (Ron’s charge against Jen), Ron revealed in mid-February that he’d sought out treatment to battle his demons. “I decided to go to treatment because…I was just making the wrong decisions and I was very depressed,” he told Us Weekly.

Good Girls Round Table: What Is Beth Doing? 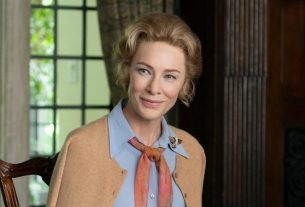