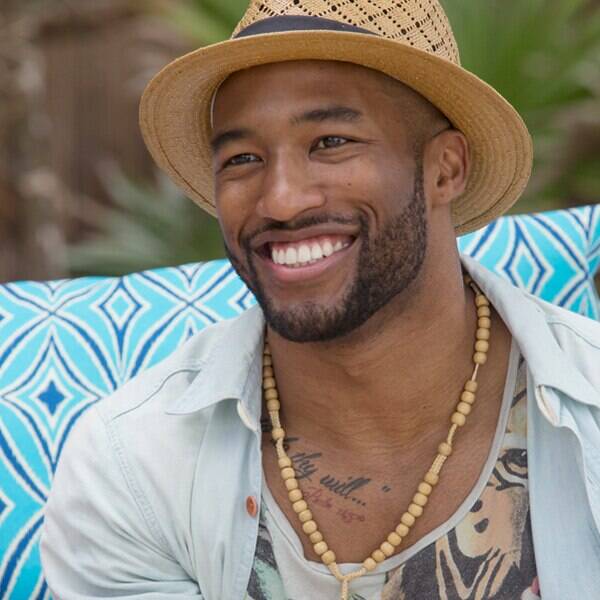 Where are you, Bachelor producers? That’s what Marquel Martin wants to know.

The Bachelorette veteran took to Instagram to address the lack of diversity (and lack of response) from The Bachelor and The Bachelorette amidst the calls for the reality franchise to cast a lead of color. Marquel was rumored to be in the running to headline The Bachelor after romancing Andi Dorfman, but Chris Soules was the one given the opportunity to hand out the roses instead.

“It’s necessary to take action and it’s necessary to hold ourselves accountable. And that’s what I’m trying to do (peacefully and respectfully) with this post because I would be remiss if I didn’t do my part in calling out the silence of THE BACHELOR/BACHELORETTE FRANCHISE @bachelorabc @bacheloretteabc ([Elan Gale, Bennett Graebner], I love y’all, you know what it is this way),” Marquel wrote.

“And Make no mistake, I’m not doing this for fame or clout (I got a girl), but I’m doing this because I believe it’s the right thing to do,” he continued.

Marquel said he loved having “opportunity to be on the show” and he has “nothing but love for all of the producers, runners and cast members that I know (well most of you haha),” however the silence from the franchise is something he felt the need to call out.

“[I]t saddens me to see that you guys seem to be silent on the current state of our nation and the outcry of equality from my people (African Americans)! I am a proud black man and as a black man who was once a cast member on your show I take offense to your silence as a franchise. Maybe some of you personally aren’t racist and support the #blacklivesmatter movement, but as a franchise I’ve yet to see it,” he wrote.

Over the course of 18 years and 40 seasons, the franchise has had one black lead, Rachel Lindsay. A petition, which has been signed and supported by a number of Bachelor Nation veterans, calls on the franchise to cast a black lead for The Bachelor season 25, give equitable screen time to BIPOC (Black, Indigenous, People of Color) contestants, increase BIPOC casting, hire a diversity consultant and equitably compensate and hire BIPOC people behind the scenes, among other points.

As of press time, ABC and Warner Bros. have yet to comment on the campaign.

“Don’t hide behind money, speak up and support us like we MATTER, because we do!!!! We watch your show, we part,” Marquel wrote.

In an earlier post on her blog, Rachel said she would not return to the franchise unless the show addresses its issues with race.

“Here is my point…if the National Football League, an organization notoriously known for not standing behind their athletes of color, can come out to make a statement to condemn racism and their systemic oppression and admit they were wrong for not listening in the past, then the Bachelor franchise can most certainly follow suit,” she said. “Only time will tell how the franchise will respond, but to date they have been silent. Until then, make sure you tune in on Mondays for all the white reasons to watch The Bachelor: Greatest Seasons Ever as it will weekly highlight the very thing that is wrong with this franchise.”

The Bachelorette season 16 is set to star Clare Crawley, but production was halted due to the coronavirus pandemic.