The US actress got her own back last weekend when a nasty cyber troll hacked her personal social media account.

Bella Thorne shared screenshots of messages she had received from the online menace, threatening to leak topless photos that had been stolen from her private conversations.

Instead of giving in to the hacker’s demands, the 21-year-old bravely stood her ground and took control of the situation.

It read: “For the last 24 hours I have been threatened with my own nudes.”

Pictured utterly bare from the waist up, the photos were intended for an unnamed “special person”.

She continued: “Here’s the photo he’s been threatening me with, in other words, here’s my boobies.”

The flame-haired starlet added: “I’m putting this out because it’s my decision now, you don’t get to take yet another thing from me.

“I can sleep better knowing I took my power back. You can’t control my life – you never will.”

Before she signed off, she added that the FBI had been contacted, and were in the process of tracking down the cruel cyber-stalker.

FURIOUS: Bella was left in tears after she received the invasive and cruel messages (Pic: INSTAGRAM / BELLA THORNE)

To make matters worse, the threats came just as the Insta babe was celebrating the release of her brand new collection of poetry, The Life of a Wannabe Mogul: Mental Disarray.

She confessed: “The last 24 hours I have been crying instead of celebrating my book while doing my book press.”

Her 6.69million followers were overcome by admiration and respect for her plucky move and urged her to stay strong.

One said: “Bella I am so sorry for what happened. You have been courageous and you must be proud of it. We are here to support you for whatever happens.”

DISTRACTED: The news came as Bella was in the middle of promoting her new book of poetry (Pic: INSTAGRAM / BELLA THORNE)

A second added: “You took the power back – that’s real strength.”

And a third remarked: “Don’t let them control you. We are all here for you. Karma will find its way.”

Bella isn’t the first major A-lister to have been the victim of a shock nude photo hacking.

In the past, Hollywood stars Jennifer Lawrence, Miley Cyrus and Kylie Jenner have also been subjected to nonconsensual leaks.

Luckily, police in the US don’t take the offence lightly, and photo-hackers can face jail time for their vile deeds. 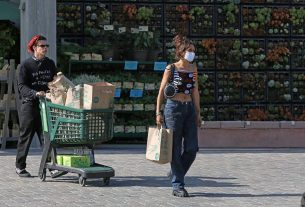 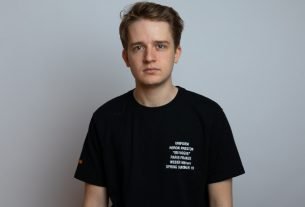 Ares Carter & ILoveMakonnen Team Up on “Next To Me”