Bethenny Frankel is remaining defiant after some comments she made during a recent podcast were criticized as being “transphobic.”

As Page Six reported, in a recent episode of Frankel’s “Just B” podcast, she discussed an email chain with some friends who complained about a transgender girl who attended a sleepover summer camp (Frankel’s daughter, Bryn Hoppy, did not attend the camp).

According to the “gossip” she heard, this was the “craziest year in camp history,” due to “politically correct” parents.

“One issue that occurred was it’s an all-girls camp,” said Frankel, describing the trans camper as “a person with a penis, who identifies as being a girl, went to the camp and was in the bunk with the girls.”

She continued by stating, “The other girls saw her, because it’s her. It’s male anatomy, but identifying as a woman. So, the other girls saw a penis. They’re like 9, 10 years old… So, the parents obviously weren’t that happy.”

Frankel also shared that she’d heard rumours that “this girl with a penis was making out with a lot of the different girls at the camp.”

She also shared her view on pronouns. “I did a Zoom for my daughter’s school and [had] the pronoun conversation with each teacher, each parent, each child. In school, too, everybody has to say their pronouns,” she said.

RELATED: Bethenny Frankel Responds To Rumours She Is Returning To ‘Real Housewives Of New York City’

“My daughter didn’t even know what hers were and I can’t even blame you,” she added. “I know what I am — or what I think I am — but I have never said it out loud. It hasn’t come up for me.”

In the Page Six report, the story was titled, “Bethenny Frankel slammed for ‘transphobic’ podcast comments about pronouns.”

Frankel responded by calling out Page Six in a tweet, writing, “@PageSix says I’m transphobic so it must be true…or listen to @justbpodcast & decide for yourself. Gotta sell papers.”

Ok I’m going to attempt sleep. My new book cover shoot is in the am & @PageSix says I’m transphobic so it must be true…or listen to @justbpodcast & decide for yourself. Gotta sell papers. #donthatetheplayerhatethegame 😘

She also responded to a fan who told her she was “wrong with your comments,” and encouraged her to learn, adding. “Humility can be a good thing.”

However, Frankel insisted she was “absolutely not wrong,” tweeting, “Listen to the podcast. Then comment. And I’m going to discuss this again this week. Thankfully I have a platform to clarify what the media loves to distort.”

True. Nominate me for cancelation…there are like five others before you so take a number. 😘 https://t.co/tGOODK5gy7

Listen to the podcast. Then comment. I was absolutely not wrong. And I’m going to discuss this again this week. Thankfully I have a platform to clarify what the media loves to distort. @justbpodcast ps. I’m not afraid of cancelation so not afraid of charged discussions. https://t.co/FDVsKUCWan

In addition, she responded to another comment supporting her, telling her that there was “nothing transphobic” in what she’d said.

Zero point zero but that doesn’t sell magazines & newspapers….people have been afraid to have real conversations. If you didn’t read your script before speaking, people get so excited. Come at me…I’m here..and the conversation will continue @justbpodcast https://t.co/fpyg1NgMTk 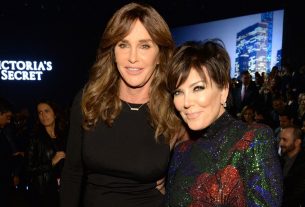 Kris Jenner Opens Up About Caitlyn Jenner Split During Tell-All ‘KUWTK’ Reunion: ‘We Had A Lot Of Really Great Years’ 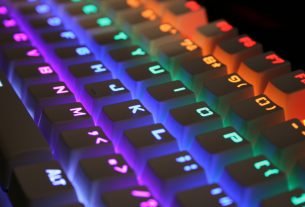 Twitch Streaming Celebrities And How Much They Make