They are two of the biggest chart-toppers in the music industry, but Beyoncé and Jay-Z reportedly haven’t seen the same success with their On the Run II tour.

The A-List power couple are struggling to fill thousands of seats on their long-awaited tour, according to reports.

Concertgoers at their recent Glasgow gig reported that they were given free tickets for the spectacle in a nearby car park due to empty seats.

One Twitter user commented: “If you are near Hampden Park go to the main parking lot they are giving out free tickets for the Beyoncé and Jay-Z concert because of empty seats.”

SHOCK CLAIMS: A concert goer alleges tickets were given away for free

FUMING: Concert goer angry that tickets were allegedly given away for free

Another fan took an angrier tone and tweeted: “Forking out £95 for a standing ticket for Beyoncé and Jay – and folk are managing to walk in without a ticket…”

Tickets to see the pair range in price from £51 to £475 for a VIP standing pass.

Daily Star Online has contacted Hampden Park and representatives for Beyoncé and Jay-Z for comment.

ON THE RUN II: Beyoncé and Jay-Z are co-headlining second tour together

The On The Run II Tour is the second co-headlining stadium tour by the loved-up couple.

It follows the success of the first double-act tour – On The Run in 2014.

The couple, who share three children, kicked off proceedings in Cardiff on June 6.

EMPTY SEATS: Beyoncé and Jay-Z are reportedly struggling to sell out venues

There were will be a whopping 48 shows in total with 18 in Europe and 30 in North America.

Billboard reported that the duo’s second tour could double the profits they made from On The Run in 2014 where they grossed $ 95 million (xx).

On this tour Beyoncé, 36, and Jay-Z, 48, are playing 11 cities that they skipped the first time around, as well as three new stadiums.

Future’s Bodyguard Will Not Press Charges Over Knockout 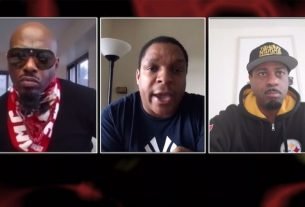