He says he will die soon but is not afraid.

Billy tells the second part of his BBC series Made In Scotland: “There is no denying it, I am 75, I have got Parkinson’s and I am at the wrong end of the telescope of life.

“I am at the point where the yesteryears mean more than the yesterdays.” He adds: “My life, it’s slipping away and I can feel it and I should.

“I’m a damn sight nearer the end than I am the beginning.

“But it doesn’t frighten me, it’s an adventure and it is quite interesting to see myself slipping away.

“I can’t hear the way I used to hear, I can’t see as good as I used to. I can’t remember the way I used to remember.” Billy, who has turned 76 since filming, at one point asks for the cameraman to stop because he appears to be feeling the effects of his Parkinson’s disease.

• Billy Connolly: Made In Scotland concludes tomorrow night on BBC Two at 9pm. 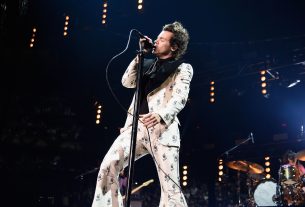