After eight years the chart-topping group have dropped their brand new album Masters Of The Sun, Vol. 1.

Featuring tracks with former X Factor judge Nicole Scherzinger, CL and Nas, the record is a throwback to their first two albums Behind the Front and Bridging The Gap.

Channeling the pre Elephunk sound, a time when Fergie hadn’t even joined, the album offers a welcome break away from the overproduced, generic charts of today.

Chatting to Daily Star Online ahead of kicking off their UK tour tomorrow, Will.i.am said: “We wanted to go back to before Elephunk.

“We wanted to keep it jazz, electronic, retro-futurism.

“This album is progressive in terms of the sound that we are putting out right now.

“We purposely, deliberately did not want to sound like anything today.”

Asked if the dynamic has changed since they were last on the road due to Fergie’s decision to quit, the Voice mentor added: “When we first started the group we were three.

“We toured for a long ass time, so the dynamic is like we were always three, even when we were four.”

Fergie was with the Peas from 2002 until 2017. With her lead vocals they produced countless global smashes and four record-breaking albums – their most recent The Beginning, in 2010.

Admitting he wishes they hadn’t waited so long to hit the studio once more, Will continued: “I don’t have regrets, I don’t like the word or the concept, but if I ever had a regret it would be waiting seven years to put out music.

“But I don’t have regrets because this was one of the best experiences making Masters of the Sun. I am super proud of the album, but I if I had to do it all over again the only thing I would change would be that gap.”

Keen to push the limits in all aspects of their work, their accompanying Masters of The Sun tour will feature Augmented Reality.

Fans will be able to hold up their phones and experience visual effects as the band perform on stage.

Explaining the idea, Apl.de.ap said: “We wanted people having their phones up taking pictures to mean something.

“There is added viewing for the fans.”

The Black Eyed Peas will use Augmented Reality in their Masters of The Sun tour (Pic: Paul Kane/Getty Images)

“We are anxious to get on stage. We get a buzz rather than nerves.

“It is an excitement to be able to do that verse live.

“I get to say that track all at once, it’s like ‘how am I going to deliver this?’”

Appearing to round on excessively manufactured productions without the musical substance and talent to back it up, Will added: “Now people just look at the big LED screen.

“You are going to a show for someone to press play and an artist to ad-lib to his own song.

“Before it used to be who is singing. Now there is no singing on the songs.

The Black Eyed Peas Masters of the Sun Vol. 1 is out now. 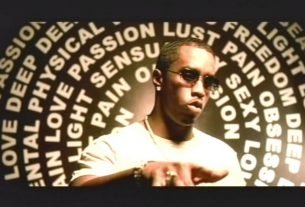 Rihanna Sues Her Dad for Stealing Her Fenty Brand Name