After a decade of joining forces with the likes of Iron Man, Captain America, and the Hulk, Scarlett Johansson’s Black Widow is getting her own movie. But, those eager for Natasha Romanoff’s next onscreen adventure will have to wait a little longer…yet again. Disney has postponed the release date of the Marvel film from May 2021 (originally postponed from November 2020) to July 2021 due to concerns about COVID-19. That’s a whole year after its original May 2020 premiere date. And now, the film will also premiere on Disney+ (with an additional fee) the same day it hits theaters: July 9, 2021.

Here’s everything we know about Black Widow, from its updated release to its new cast members.

Natasha Romanoff’s standalone movie was poised to hit theaters on May 1, 2020. However, due to COVID-19 shutdowns, the movie was pushed to November 6, 2020 and then May 7, 2021. Now, the film will premiere in theaters and with Premier Access on Disney+ on July 9, 2021. The studio seems to be following a similar path to how it released Mulan last fall; that film premiered exclusively on Disney+ in the U.S. on September 4 for a $29.99 fee for those who already had a Disney+ subscription.

The Cate Shortland-directed movie will see Johansson returning to the titular role after meeting her demise in Avengers: Endgame. Florence Pugh will play Yelena, with Variety breaking news of her casting in late March 2019 and describing her role as the “second lead” in the film.

During an interview on Variety’s “Actors on Actors” series, Pugh called the experience of working on the film, which shot in London, Budapest, Morocco, and Atlanta, “one of the most bizarre, nuts, extravaganza experiences.” She added, “I think we’ve made something very raw and very painful and very beautiful and I think people are going to be really surprised by the outcome of a big action film having that much heart.”

Pugh also spoke about how emotional fans will likely be “because (Johansson’s) character had such a hard ending [in Endgame], but it was special learning from her, and she’s been doing this for like 10 years in those films. For this to be her film was special. And I got to be there and see how she does stunts and lives it, and it’s so her.”

In April 2019, Variety reported that Oscar winner Rachel Weisz would board the project as Melina. That same month, Deadline announced that both David Harbour (Red Guardian) and O-T Fagbenle (Mason) were in talks for the movie. July 2019’s Comic-Con panel with the cast provided more details about which character each actor would be playing. William Hurt was also spotted on set as Thaddeus Ross, though his role in the film is still unconfirmed.

At ELLE’s Women in Hollywood event in October 2019, Johansson revealed that production on Black Widow had wrapped a week earlier. She opened up about working with Shortland, who is the first woman to helm a Marvel movie solo, during her Women in Hollywood acceptance speech: “Cate is one of the most brave and tireless crusaders I’ve ever had the great pleasure of collaborating with, and she reminded me every day that women just don’t have a choice,” Johansson said. “They are systemically made to feel lesser than, and must fight 10 times harder to have an opportunity to be heard and seen.”

An official description of the plot, per IMDB, simply reads, “A film about Natasha Romanoff in her quests between the films Civil War and Infinity War.” It seems the prequel will be less about the spy’s origin story, and more about her journey between two significant life events.

At the Comic-Con panel for the movie, Johansson delved further into details, explaining per Entertainment Weekly, “Where we find Natasha in her life at this point is very specific. She really is in a dark place where she’s got no one to call and nowhere to go. She’s really grappling with her own self. When something huge explodes and all the pieces are landing, you have that moment of stillness where you don’t know what to do next—that’s the moment that she’s in. In that moment, you actually have to face yourself.”

Fans at August’s D23 Expo in Anaheim, California got a sneak preview of the film last year, which has been followed by several trailers.

The “final” trailer debuted in March 2020, weeks before Black Widow was meant to bow in theaters. Since the delay, no new footage has been released. It’s unclear if any new trailers will debut before the movie’s May 2021 release date.

Will Black Widow get a new suit?

Yes, and apparently more than one. On May 10, Marvel released new character posters for each of the main characters, including a sleek new black suit for the Widow.

We’ve also already been treated to a peek at a similar white suit she’ll wear in the movie. Whether the white is a stylistic choice or an on-the-nose nod toward her shifting morality remains to be seen.

Will this be the final Marvel appearance by Black Widow?

This is unclear. While there are no official plans for a Black Widow franchise, especially in the light of Endgame events, characters in the MCU tend to return. At Comic-Con Johansson spoke with Variety about what she brought to the role after a decade playing her:

I think I could have made the film 10 years ago but it would have been a very different film. I think it probably would have been much more of a caricature of a person. I feel after living an extra 10 years and becoming a mother and you know, life and how it happens to you, I feel much more in myself and able to explore all the kind of things that make me uncomfortable and then just lay it out for you guys. It feels like I’m a stronger person by the fact that I have embraced my vulnerability. And I think that will make this version of the character really, hopefully, complex.

During an October 22, 2019 appearance on The Tonight Show Starring Jimmy Fallon, Johansson further dispelled rumors that Black Widow would return to the big screen following the prequel, saying filming the movie “brought a closure.”

She added, “There’s very few certain things, but definitely death’s pretty certain, right? Yeah, definitely, for sure,” Johansson said about her character’s Endgame fate. “But, people…they definitely don’t believe it and have tried to convince me that my character did not actually die, but that maybe my character exists in an alternate universe, but no, I think death is the final thing.”

However, fans seem to think they spotted footage of Romanoff in the trailer for the Disney+ series Loki… 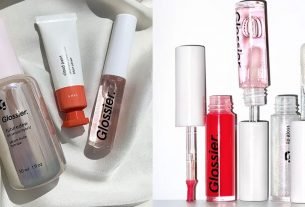 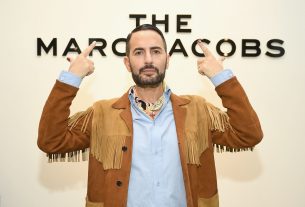