If you enjoyed the Northern Irish crime drama Bloodlands on Acorn TV or BBC One earlier this year, you’ll be pleased to know Bloodlands: Season 2 is happening. The first season was well-received, and it left more than a few viewers wanting to know what happens next.

In spite of some mixed critical opinions, viewers generally rated it positively, with more than 8.2 million watching in the UK alone. It was the biggest BBC drama launch in Northern Ireland…ever. It was renewed almost instantly.

In case you haven’t watched it yet, Bloodlands begins when Northern Irish police detective Tom Brannick (James Nesbitt, Cold Feet) finds a suicide note in a car that’s been pulled out of Strangford Lough. He quickly connects the note to a cold case that’s especially significant to him – and from there, he begins the hunt for a long-dormant assassin known only as “Goliath”.

If you haven’t already watched Bloodlands, you can check it out HERE on Acorn TV.

If you haven’t already watched all of season 1, you’ll probably want to skip on down to the next section. It’s a twisty show, and there are spoilers in this section.

In season 1, we quickly learned that Tom Brannick is not as he appears. He’s a man who’s willing to lie, cheat, and even kill in pursuit of his larger goal.

Brannick attempts to use Tori Matthews (a love interest and the daughter of one of Goliath’s victims) to frame his boss, Jackie Twomey, for the old Goliath murders. When that fails, Tori realises Brannick might actually be Goliath – and she decides to make him confess and pay for his sins.

Brannick explains to her that he was coerced into killing two men when his wife and daughter were threatened. After he did it, he learned that his wife was in a relationship with another man, and that man had used Brannick and his relationships to get him to do his bidding. Brannick killed him, but couldn’t bring himself to murder his wife.

He told his wife to leave him and his young daughter and never return – and indeed, he hadn’t seen her since. Tori insisted he turn himself in, and he agreed and told her where he’d hidden the gun.

Tori went to get the gun, but Pat Keenan was already there and he shot her. Brannick arrived on the scene and shot Pat, then set him up to look like Goliath. Police who arrived had no real choice but to accept Tom’s word – and now, the only two people who knew his identity as Goliath were dead.

We expect season 2 to ramp up the tension even more while also offering insight into Brannick’s past. Will there be any more huge plot twists? It seems like it would be difficult to pull off twists as big as those in the first season, but we have faith they’ll at least try.

One big question hanging over the first season pertains to the whereabouts of Tom’s former wife, Emma. Since he didn’t kill her and hasn’t seen her since the murders, it seems likely she may enter the picture in season 2.

One thing’s for certain, though – outside of possible flashbacks, several characters won’t be returning. Ian McElhinney (Adam Cory), Lisa Dwan (Tori Matthews), and Peter Balance (Pat Keenan) were all killed in season 1.

It’s too early for a precise premiere date, but several casting sites have indicated filming for season 2 will take place in and around Belfast, Northern Ireland starting in January 2022.

In the UK, Bloodlands will premiere on BBC One. There’s been no official announcement about a US streaming outlet, but season 1 aired on Acorn TV. If we were to guess, we’d guess they’ll also have season 2 of Bloodlands.

Did you enjoy the first season, or did the twists make your head spin? Will you be tuning in for season 2? 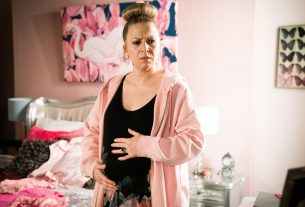 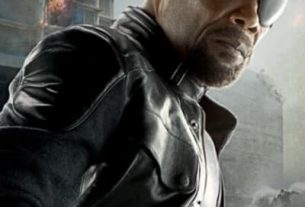 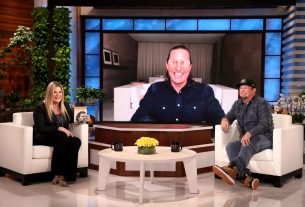